The new FIFA 15 Team of the Week 29 is now available and fans knew the list of players would be revealed at 6PM UK time. As per normal, TOTW 29 will end at 5:45PM on Wednesday April 8, 2015, as explained within a tweet just moments ago on the official EA Sports FIFA account.

We have included the featured image with the said tweet below, which includes the list of players and their stats for FIFA 15 Ultimate Team this week. Take a look and let us know if this is what you expected, and of course what your thoughts are on the list. 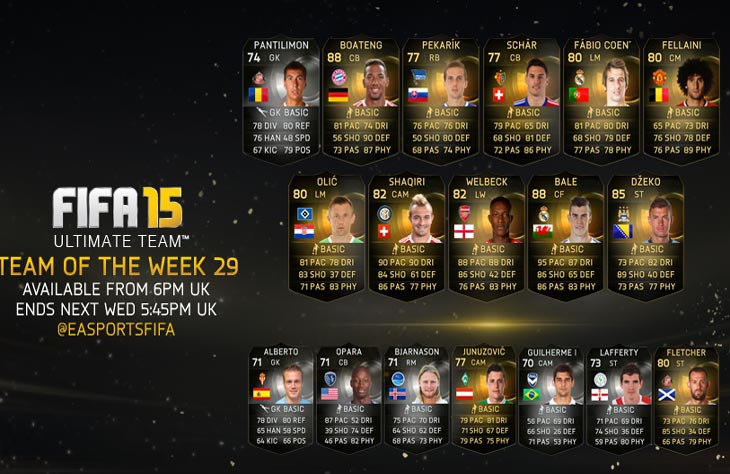 You can see the debate that has started within this tweet announcing TOTW 29. The messages quickly turn to complaints about problems with FIFA 15 and EA servers, even with some reports that the official status has changed with servers down right now.

Are you happy with FIFA 15 TOTW 29 and also the state of online play in 2015? Leave your comments below in regard to the players and need for another game patch to fix issues. We just tried FUT and couldn’t login, although this might be a rare issue with our PS4 and network.