It may not be coming out until later this year but we are already getting details for FIFA 12. We have already given you a video teasing of the upcoming game. Now we have news of the new FIFA 12 features, after EA Sports outline improvements via a press release.

The developer has announced a new physics engine which is called Player Impact Engine. It has been in development for two years and is promised to deliver real world physicality on the pitch. It is part of several improvements for the latest installment of the FIFA franchise.

EA are calling it “revolutionary not evolutionary” and will drive FIFA 12 on the PS3 and Xbox 360. Gamers are promised to experience challenges for the ball just like real life as they win possession and test each other physically. The Impact Engine will process decisions non-stop in real-time at every point of contact on each players body. This will allow for unlimited variety of outcomes for player collision.

Players will now recover from light impact more easily, and push and pull as they are trying to win possession of the ball. The game will be more engaging than before, and has new Precision Dribbling for better attacking. Another new option is tactical defending which makes it more like the real world. Other new features include Pro Player Intelligence and improved Career Mode that has world storylines for more realism. 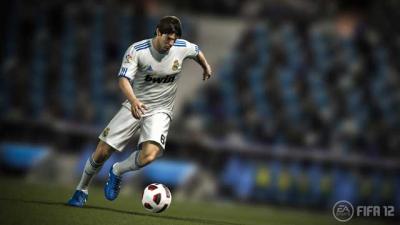 The Pro Player Intelligence allows the players to make their own decisions based on their skills, and those of their teammates. Teams will also vary their attacks based on the weaknesses of the opposing players. In the Career Mode there are features such as player morale and on the pitch form to further the reality of the game. You can see the full press release here.

Are you looking forward to FIFA 12?