The recent hacking of the Jeep Cherokee has caused a lot of people to start worrying if their vehicle could be hacked. However, FCA US has now taken the steps to issue a recall for several vehicles that use certain models of its 8.4-inch touchscreen infotainment system.

In the new FCA software update there are 1.4 million vehicles affected in the Uconnect System recall. Thankfully, it’s an easy fix because a USB stick will be sent out to affected owners, which will update the software to a better, more secure version. 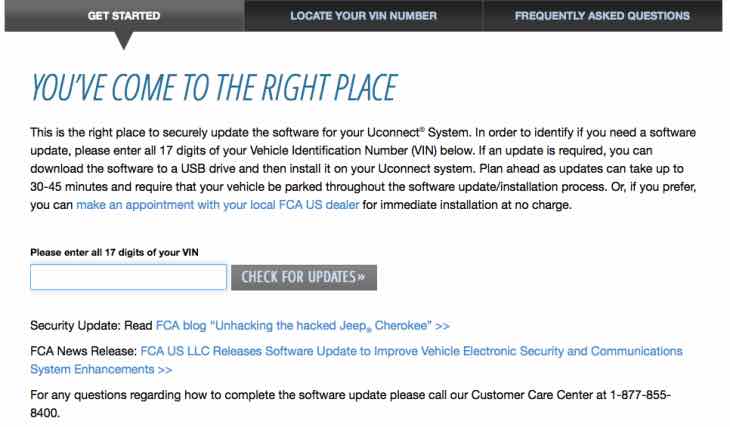 If you are worried that your vehicle is affected by the recall, then you can check your model here. However, we can tell you that the list of models is as follows:

FCA said they did not really need to do this, but feel it was right to be cautious and to make owners of these vehicles feel safer.