It’s that time again where in the build up to another E3, we are hearing the latest whispers regarding any hint of Fallout 4 news – the game that all RPG lovers still want to see above anything else.

The big difference this time though is that Bethesda has given an indication that they are definitely showing off something big. We say this as the company has just told everyone that they’ll be holding an official ‘pre-E3 2015’ event this year.

It will take place on June 14, which is just two days before E3 2015 kicks off on June 16. Bethesda are obviously not saying what will be shown at the event, but you can imagine the speculation brewing that this could be the moment when Fallout 4 is finally a real thing. 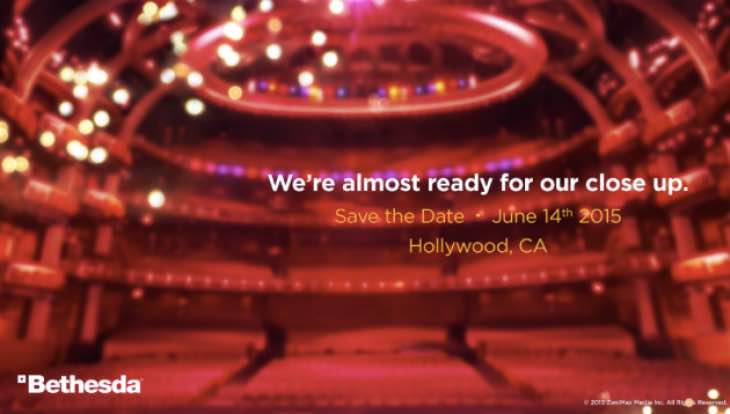 While we agree it’s now the perfect time for an announcement, we also wonder if Bethesda are planning to announce Dishonored 2 – another game that is likely to happen sooner rather than later given the success of the first.

There’s also the possibility of Skyrim for PS4 and Xbox One as who doesn’t like to make a bit of extra money in the gaming industry? That would seem a no-brainer and the perfect opportunity for those that didn’t get to play the game during its original launch.

What are your expectations for this Bethesda event on June 14 – do you agree that this could be the moment when we will see Fallout 4 confirmed?