The new Call of Duty Exo Zombies map 2 that will release with Advanced Warfare pack 2, known as Ascendance, couldn’t come soon enough for those spending hours each day playing the new zombie mode. To be honest, there’s one of the Product Reviews team that commits at least 2 hours a day just in Exo Zombies alone and they love the gameplay changes for the Advanced Warfare version.

Ideas for Advanced Warfare Exo Zombies map 2 – While the current Outbreak map in Advanced Warfare is impressive, we need some big changes in the next Exo Zombies map that will release with the Ascendance map pack. One of the changes our team would love is some moving transport, which we have already seen in past COD games with the zombie bus. What features would you like to see in the next Exo zombies map, and how could the developers improve on the first environment? 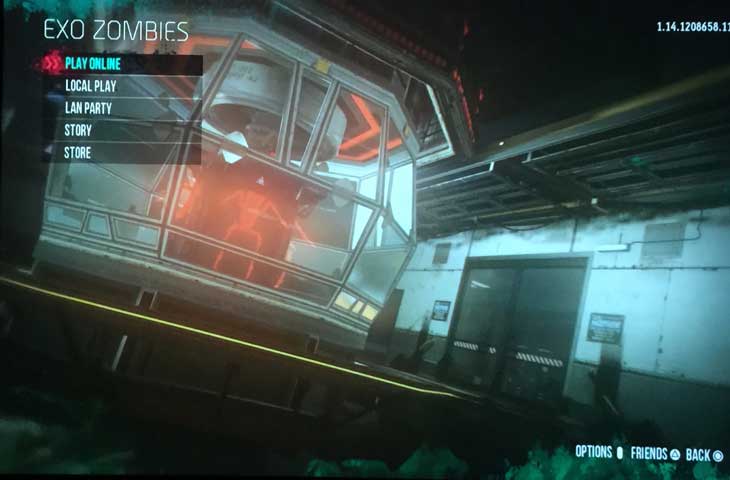 This could be a full blown vehicle, or a form of transport inside the internal environment that the players can work together on to survive while moving. This idea might not be for everyone, but it was great in the previous zombies game when one of the team got left behind and had to try and survive, which only added to the pressure.

The next special weapon – We love the CEL-3 Cauterizer in zombies map Outbreak, although our favorite still has to be the S-12 bullpup fully-automatic shotgun. This weapon tears the zombies apart in round one right up to the higher rounds, then when you upgrade the S-12 to max 20, it becomes something else.

We love to pair the S-12 with a second weapon like the MAHEM rocket launcher or the crossbow, this combination gives us the ability to kill many zombies at once or take them out in masses when close up. What is your idea weapon setup?

In terms of the next special weapon to replace or improve on the CEL-3 Cauterizer, we’d love to see a more powerful machine gun. Something pimped up in-line with the Cauterizer, but with a bigger spread, or even a gun the size of a machine gun turret. What type of weapon would you love to see, as the next special weapon introduced in zombies map 2?

There’s no doubt that we will see the zombie story unfold further and some cool ideas implemented when the release date arrives next month, but for now, share your ideas in the comments for both weapons and environment. It would also be great to be able to get higher, much higher up with zombies climbing to reach a tower of some sort. Again, these are just ideas we have and we’d love to hear a few from Product Reviews readers for future packs and how you’d improve on the first installment.