The crowd funding platform can be a bit hit and miss, but from time to time something comes along that takes the public by storm, and one such item was the Pebble smartwatch. This device managed to raise $10.3 million on Kickstarter, and so we are not all that surprised to see someone else wishes to repeat that success.

Epic’s new range is to include two smartwatchs, the Signature Edition and Mini, although they are being classed as watchphones, which means you will not need to pair them to a smartphone. The Signature model is to make use of state-of-the-art watch design, along with cellular technology to give the wearer the best of both worlds. Its design looks sleek and modern and will be made from stainless steel. 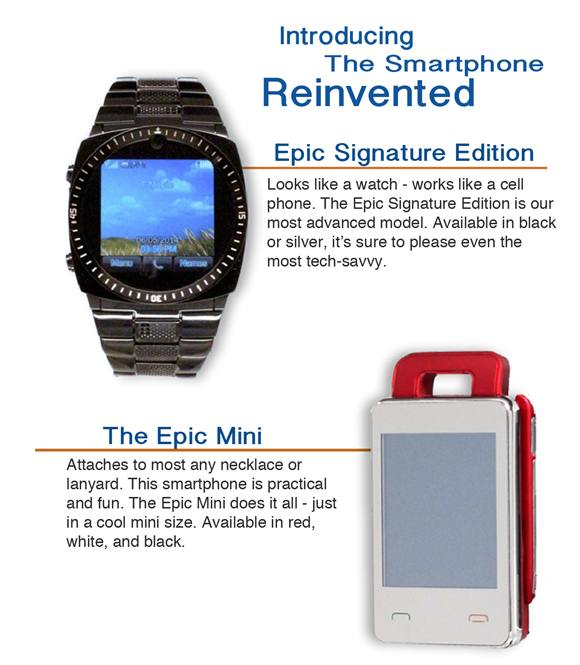 As for the Epic Mini, this is sort of like a mini version of popular handsets, and so will not come with as many features, although it will make it easier to use as a fashion accessory.

We have a feeling this campaign is not going to have the same success as Pebble did on Kickstarter, as Epic has taken to Indiegogo and is looking to raise a total of $50,000. The campaign has been going for 2 days, with 28 left, but has only managed to secure $252 in funding.

To see if this campaign is worth the investment take a look at the video below, as well as visit the Epic Cellular website.