There has been quite a bit of doubt amongst gamers as to whether or not the Duke Nukem Forever game would ever be released, but we finally got the confirmation we had been waiting for recently. As we previously noted here, Gearbox Software has now announced the launch dates.

Duke Nukem Forever — which will be available for the PlayStation 3, Xbox 360 and PC – has actually been in development for the past 14 years, suffering several delays and legal issues in the process. There appears to be more good news now, as an announcement trailer has just been revealed. 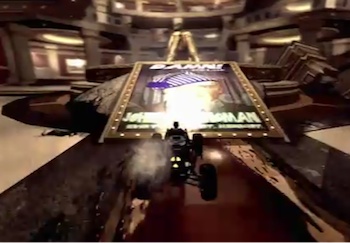 The trailer, which according to Lee C over at thesixthaxis.com is outlandish and puerile, can be seen below this post. According to the press release over on the official dukenukemforever.com website, the trailer promises to blow viewers minds. Do you think it will be worth the wait?

Duke Nukem Forever features non-stop action, unprecedented levels of interactivity, and an arsenal of over-the-top weapons. Players will have the choice of either playing the single-player campaign, or the online multiplayer mode. Are you looking forward to the game’s release?