We can see that there has been a Dota 2 update as of April 19, but we can confirm that it isn’t the 6.87 Dota 2 update that the entire community is waiting for.

Instead it’s a 30.5MB Dota 2 update which is now ready to install and we have the Dota 2 April 19 Patch notes from Valve to bring you to show you what’s new. 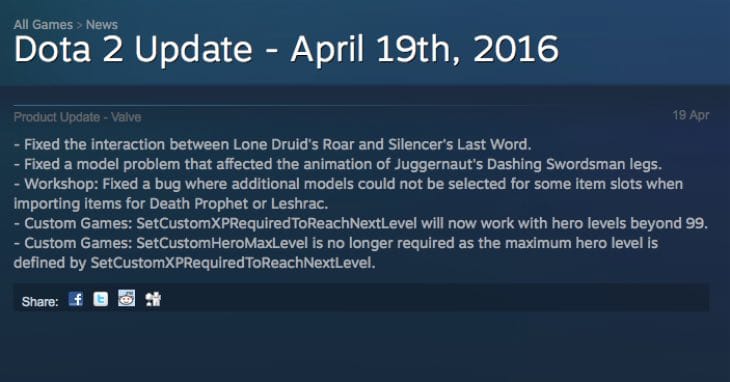 Some of you will be pleased to hear that Valve has managed to fix the interaction between Lone Druid’s Roar and Silencer’s Last Word, along with the animation of Juggernaut’s Dashing Swordsman legs being fixed as well.

It’s not too exciting to be honest, but for 30.5MB you shouldn’t expect a lot anyway. So when will Dota 2 6.87 be out? That’s the question that players are asking, but Valve are staying silent for now.

Let’s hope it still comes out before the end of the month, we’ll bring you patch notes as soon as possible for when it does.