Just a few hours ago Bungie made it clear when we will get to know the new Destiny Trials of Osiris map today, and of course they reminded us about the start time for the event this week.

News came during Bungie’s weekly update that comes the day before Xur arrives with new items he’s selling this week, but also this all takes place on the day a new Destiny Trials of Osiris map is presented.

Not only did the weekly update touch on the above, but it also highlighted the need to ban cheats in this event, some facts about where people got killed the most in last weeks map, and many other items were covered including Iron Banner returning with Lord Saladin in the Tower on June 2, 2015. 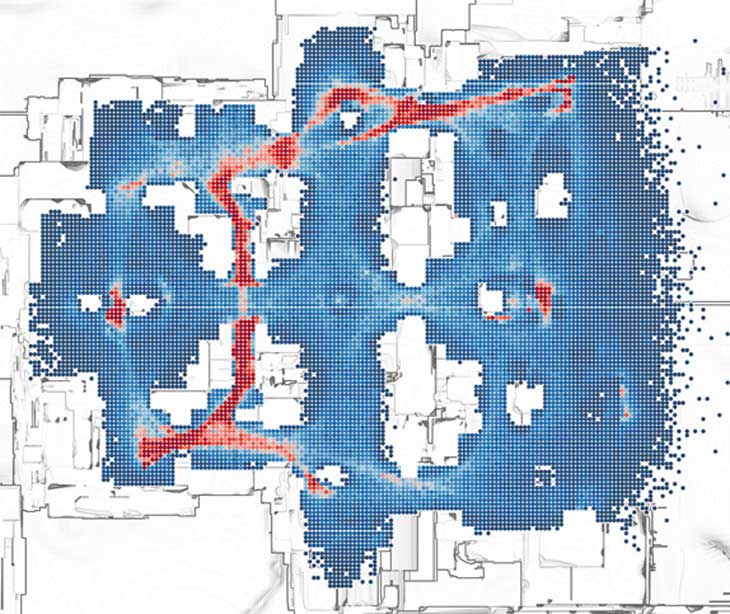 New Destiny Trials of Osiris map start time on May 29, 2015 – the weekly update played out an interesting email conversation as well, which pretty much aimed to show why players won’t know the next map and heat spots before an event starts. The emails were to Derek Carroll, the games Senior Designer, and focused on trying to get some tactical intel.

Can we reveal the next Trials of Osiris map? This was the question put to Carroll, as he pretty much slammed that idea and said gamers would need to wait until 10AM Pacific Time, or 6PM in the UK. This is the Trials of Osiris event start time today when, “All will be revealed”. 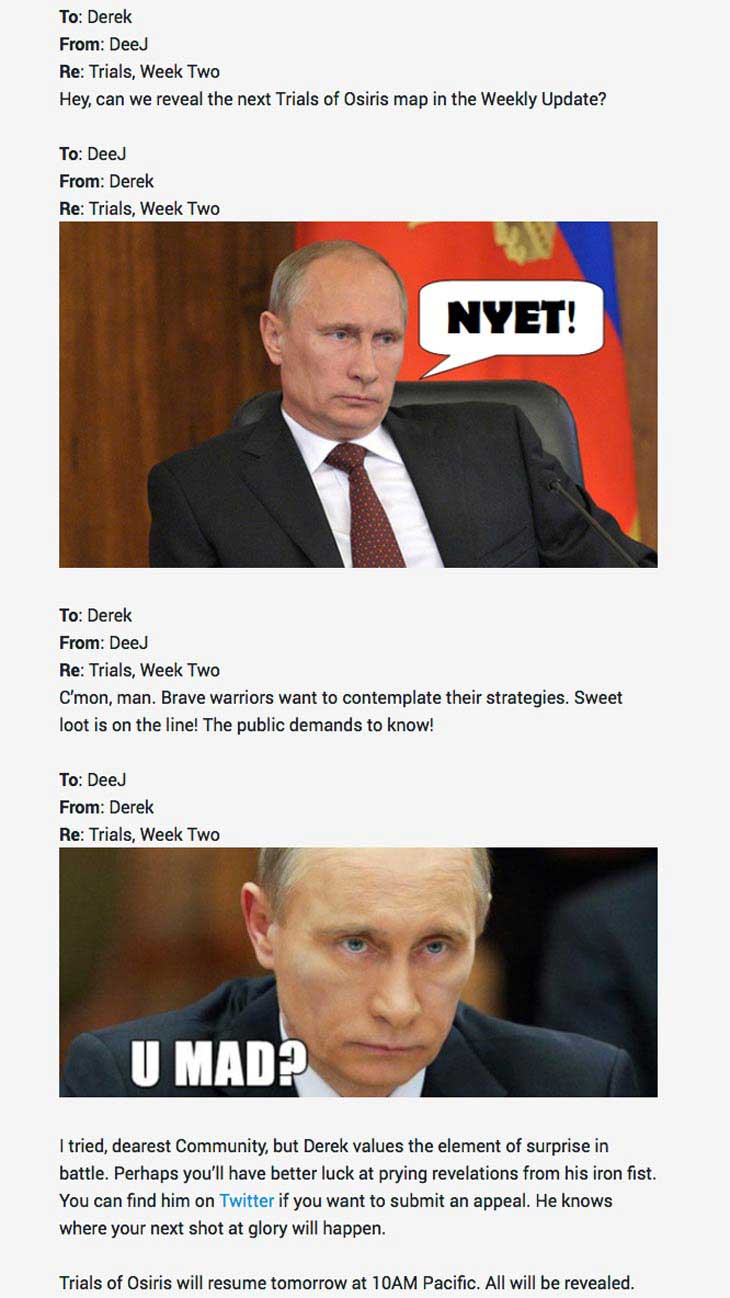 You can see this apparent message exchange within the screenshot above, so take a look and let us know what Destiny map you’d like to see today in Trials of Osiris? Also, does the above heat map information give you insight into how you should act differently when you next play? Leave comments below.