We have some fantastic information to share with our Destiny players now, as we look forward to Bungie dropping the upcoming Destiny DLC The Dark Below and House of Wolves expansions.

We can now bring you a heads-up on a new Destiny DLC Exotic Weapons list, complete with stats for some of the new weapons that will be featured in these packs.

If you thought that the Suros Regime was exciting, you haven’t seen anything yet. Bungie are going to be launching some weapons that will make you drool with anticipation. 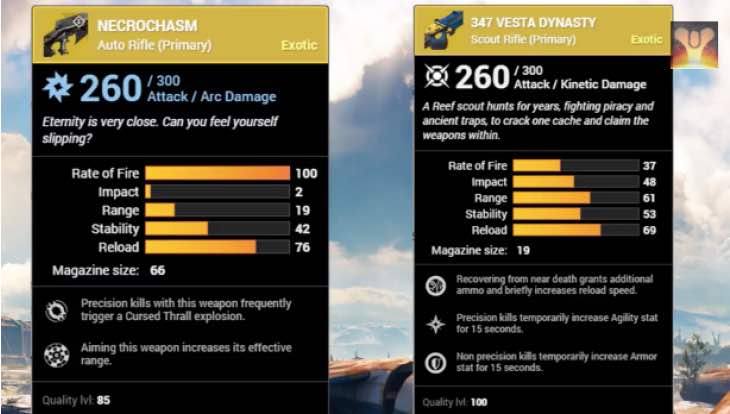 One of these is the Necrochasm Exotic auto rifle for Destiny. It has the ability to trigger a Cursed Thrall explosion with Precision Kills.

There’s also another Scout Rifle on the way with the 347 Vesta Dynasty Exotic rifle in Destiny, which will arrive with House of Wolves. One of the special perks on this weapon includes the ability to gain extra ammo when recovering from near death, also with increased reload time. 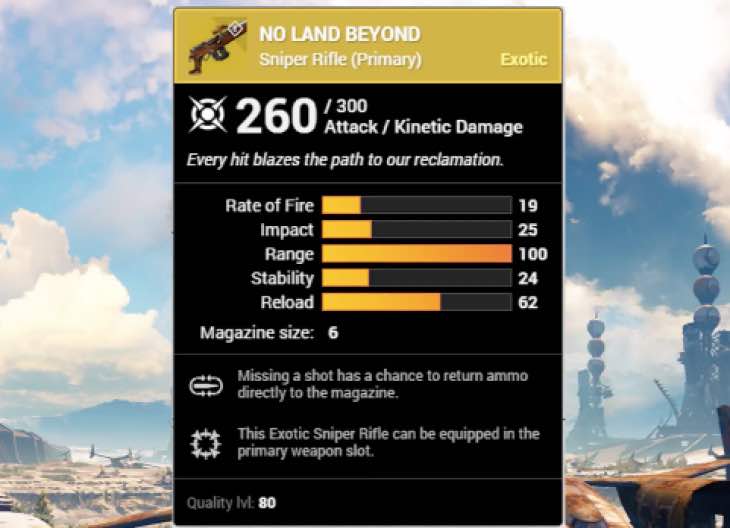 Sniper Rifle fans are going to be in for a treat, as Bungie has a weapon called the No Land Beyond Exotic Sniper Rifle, which can be equipped in the primary weapon slot. Another lovely feature is that missed shots can sometimes be returned back to your ammo capacity – we have a feeling that this weapon is going to be popular. 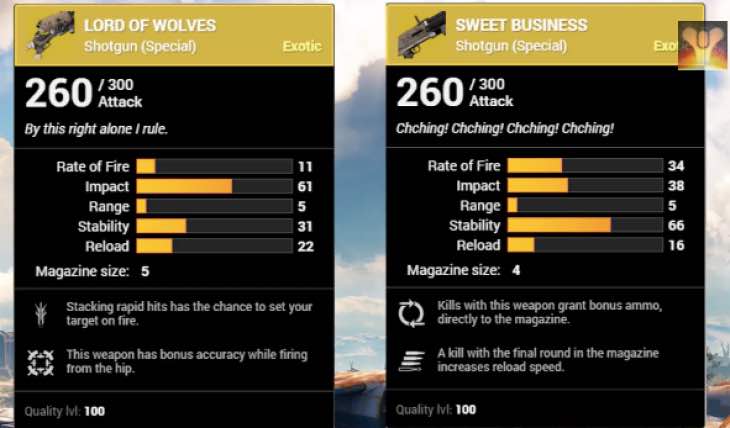 Moving on to shotguns, the Lord of Wolves Exotic shotgun is going to be one of the most sought after weapons once House of Wolves arrives. Largely due to the fact that it has the ability to set opponents on fire.

For those crazy players out there who do not use anything except Rocket Launchers, Bungie has you covered as well. A Dragon’s Breath Exotic Rocket Launcher is coming soon with a quality level of 80. 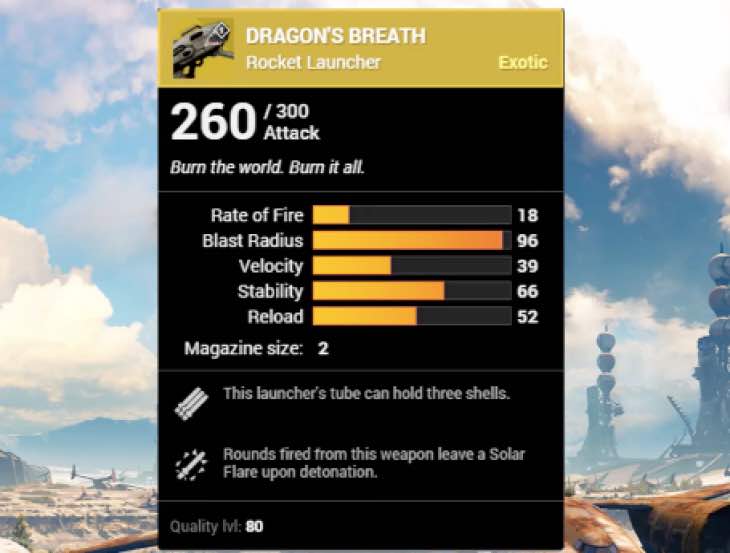 It has the capacity to hold three shells at once, while shells fired also leave a solar flare upon detonation – very tasty.

So there we have it, a look at what is to come in terms of Destiny DLC Exotic Weapons. Check out the included pictures below, with all of the stats and let us know what you think – upgrades for all of these weapons can be found here.

There’s some included commentary from YouTuber MoreConsole which we thought was excellent too, watch that below.

What weapon are you most excited about and why?