The Dell Days of Deals for December 2015 has now begun, as it started today. This new incentive will allow you to discovery incredible deals on top of their current technology. However, you had best hurry, as these deals are only available for a limited time, and so you want to avoid being disappointed.

Speaking of new technology, there are several new Dell Inspiron 13, 15 and 17 laptops that are also part of the Days of Deals promotion. There are 8 different models in all, and while some of them will be very similar, they will differ in their hardware configurations. 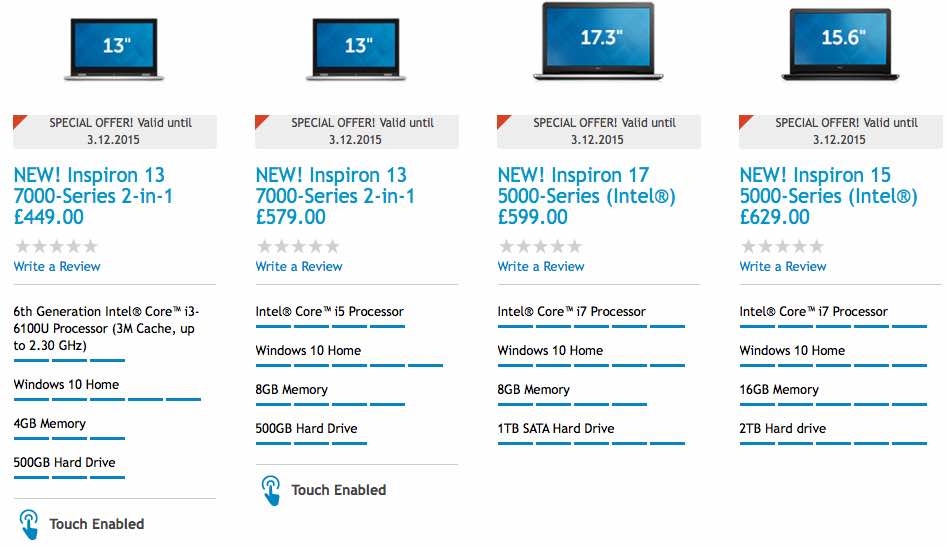 The final example is the Inspiron 17 5000-Series £599.00. You will notice this is cheaper than its smaller sibling, this is because some of its hardware is not as good. While you might get the same processor, you only have half the RAM and hard drive.

Remember, these deals are only valid until the 3rd of December, so take a look at all of those Dell Days of Deals now.