We have some more Crossy Road news for you now, in relation to what could be coming with the next Crossy Road update on Android and iPhone.

The last time we spoke about the game, we told you that TheDress would be coming in the game along with 15 other new Crossy Road characters.

Now though, we have some news that you may not have heard about with a Crossy Road England update that is on the way. 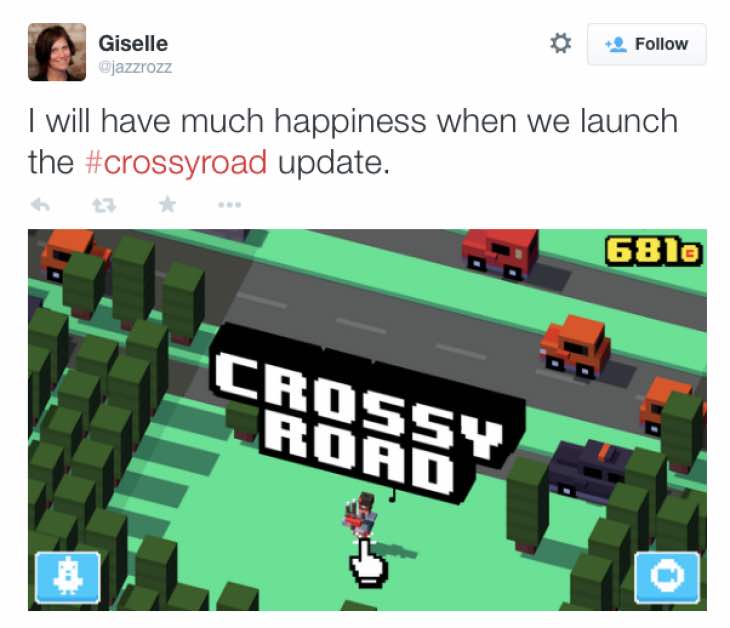 Above is an image from one of the developers of the game, who has teased the Piper character – one of 14 characters coming in the England update.

Sherlock will also be coming and even a Fish n Chip character if you can believe that – you can’t blame the developers for not being creative with the game!

Currently, there’s no ETA on when the update will be available, but the image above tells you that it is definitely coming soon.

Are you waiting for a new Crossy Road update on Android or iPhone? Let us know what new characters you want to see and your thoughts on the Piper above.