The new Call of Duty Advanced Warfare Legendary and Retired Gear Class was introduced by Sledgehammer Games about 10 hours ago, at the time of writing. These new classes will be releasing on Xbox One and 360 first, as detailed with a June 9, 2015 release date that follows the Supremacy DLC 3 launch.

If you’re on PS4 and PC, then you will also receive these new classes but the date is currently unknown. This is the next update to Advanced Warfare’s Supply Drop system, which is still being worked on to make sure the new loot is perfect once it arrives. 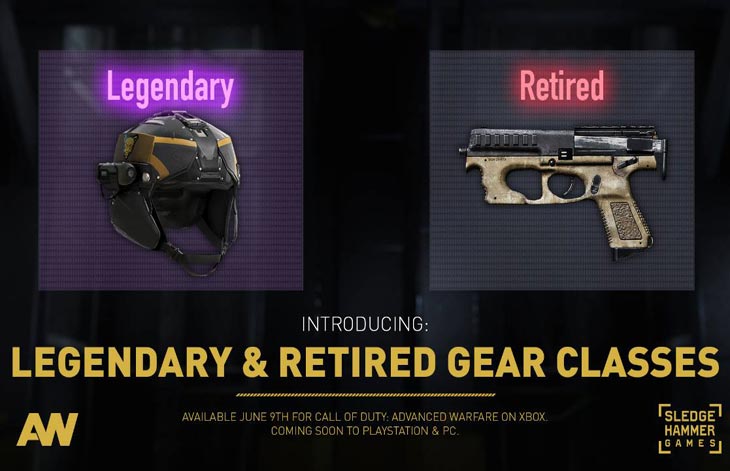 Legendary Supply Drop Loot – Stepping up from the Elite Gear, the Legendary class starts with a Sentinel Counter-Intelligence Gear Set. This gear has been awarded already, but only to one player thanks to their progress making them the first Grand Master Prestige player.

Now, you can also receive this Legendary status by collecting the gear that includes eight purple pieces displayed in the Armory and unlocked from Supply Drops.

Then we have the Retired Supply Drop Loot, this will be a collection of weapons and gear that will be removed from all Supply Drops. If you don’t have these items in your Armory, then you won’t be able to get them in the future, but if you do have the weapons and gear then it’s still playable in multiplayer games. 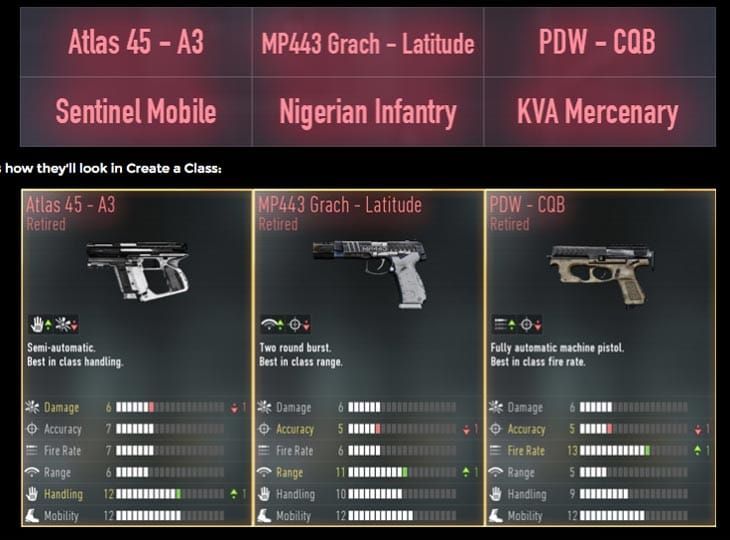 You can see the first items in Advanced Warfare to be retired above, so you might want to get these before they are removed from Supply Drops on June 9th. PS4 and PS3 players have a little longer before these items will be removed.