It has been three weeks since we last wrote about the Clash of Clans January 2015 update. In that time though, developers Supercell have not released a major update for the game, which is strange since they usually offer players at least one notable update per month.

This time it hasn’t happened though and we may now have to wait for the Clash of Clans 2015 February update. This isn’t necessarily bad news of course, as it could mean that the update planned is massive and Supercell simply needs longer to work on it.

Either way, we can see that some gamers are starting to get itchy, taking to social media with cries for a new Clash of Clans update today. 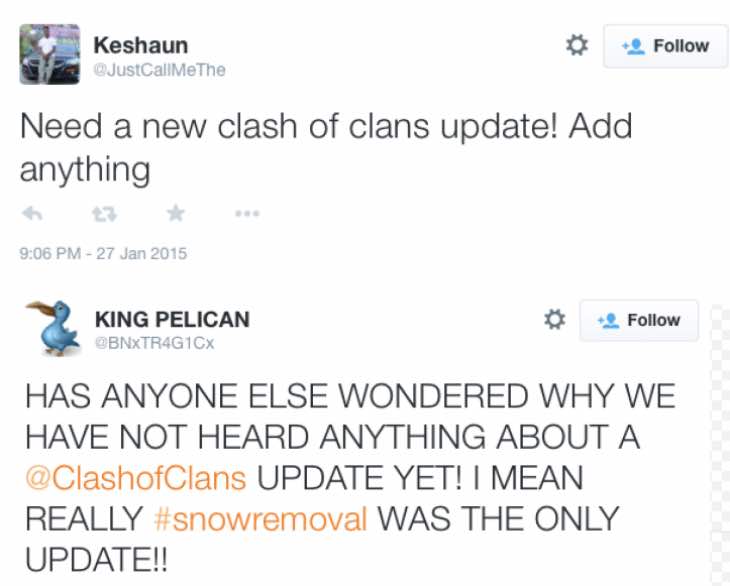 We’re not too upset over the lack of January update for the game though, as we think most will agree when we say that Supercell has been more than generous over the past 12 months in terms of ongoing support.

In fact, Clash of Clans may be one of the rare mobile games out there that receives frequent updates every single month and has an active Twitter account to keep players updated at all times.

In our last article, we spoke about the possibility of Town Hall 11 coming next to Clash of Clans. Do you think this is still on the way from the developer, or will it be put on the back burner in favor of other smaller updates.

Give us your thoughts on the wait for a new Clash of Clans update and if you are willing to hold on for as long as it takes. What are you expecting to see new in the game with the next patch?