The latest Clash of Clans update has added some big changes to the game, notably an upgrade for the Giants to Level 7, a brand new Archer Tower with double speed arrows and much more.

The Clash of Clans Layout Editor is also brand new and allows players to save multiple layouts for the game, including for both home villages and war bases which is fantastic. 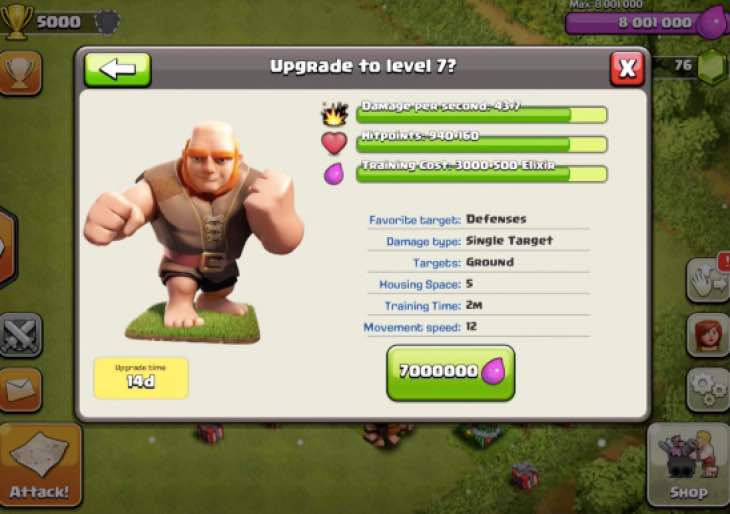 Naturally, Kindle Fire owners are going to want to join in on the fun as well, so the hunt is now on for the Clash of Clans 6.407 Kindle Fire download after Android users have just received this update.

Unfortunately, it looks like you may face a wait for the file, as it’s unavailable at the moment. If you are playing Clash of Clans on Amazon’s tablet, let us know if you want to play the latest version.

What level are your Giants at the moment and do you have 7 million Elixir spare to upgrade them to level 7?