The way in which we watch TV has changed for the better, and while there are those more expensive set-top boxes, there are also those products that are more budget friendly. Two examples are the Chromecast and the Amazon Fire TV Stick, both of which have been updated for 2015.

Let’s not forget the Roku Streaming Stick, although this is still waiting for a new update, and so surely most of you will be comparing those other two devices. Having said that, we have come across a comparison chart of all three so you can study their main features and specs to see which is right for you. 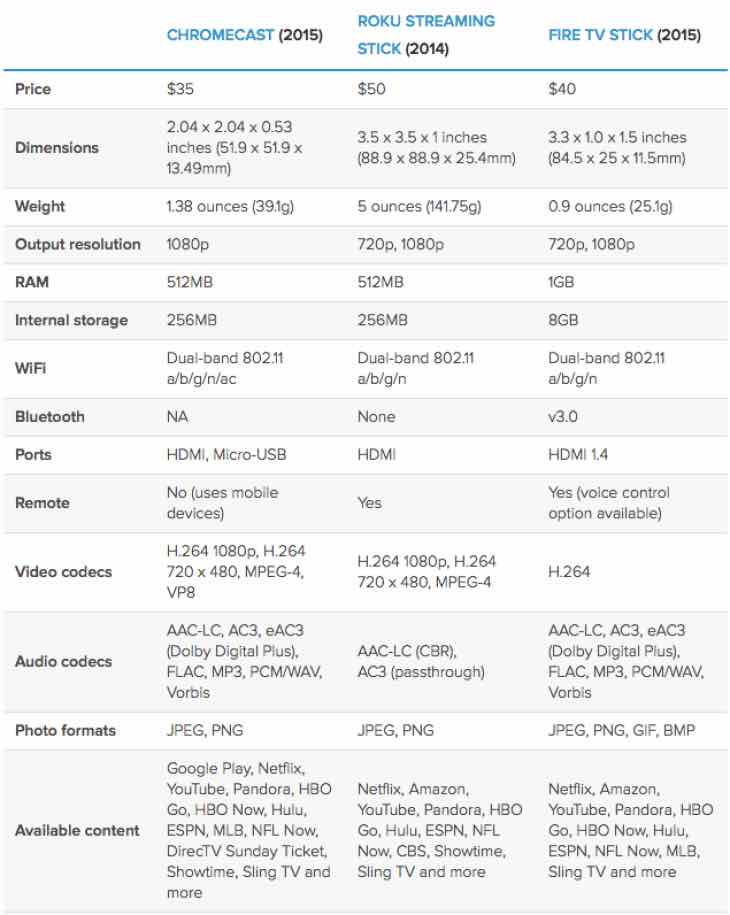 You will see in the image above how each device compares, such as their price, dimensions, weight, storage, ports etc, although we know you would rather a hands-on review comparing all three, but no videos have appeared online just yet. Let’s hope they start to appear soon, as they are very much needed.

However, we have found a few video reviews on the Chromecast 2, one looking at the new device on its own, and the other comparing it to the older model to see just what’s changed. Engadget also has a detailed review of the new Chromecast and an overall verdict.