General Motors have released a teaser video of the next Chevrolet Malibu, and have announced the new car will be revealed at the Shanghai Auto Show on April 18.

Fred Meier over at USA Today is reporting the new Malibu will also be making its debut at the same time on Chevrolet’s Facebook page, and will be available as a live stream for owners of the iPhone and iPad. All this will kick off at 8.30 p.m. ET on April 18.

The teaser video which you can see below was released with a snapshot of the taillight; the new model will also be showcased at the New York Auto Show a few days later. The manufacturer has also announced the Malibu will be its first offering that will be sold around the world.

It will also be made in various factories across the world with sites in China, and the in the US. The new Malibu will be slightly shorter than its predecessor, and will be powered by various four-cylinder engines. 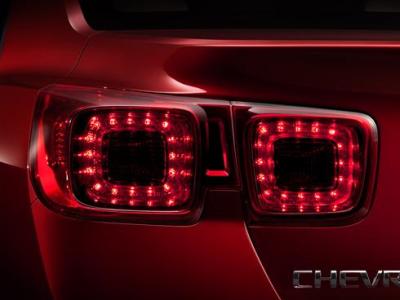 General Motors is looking to the Chevrolet brand for its future expansion plans, and wants it to become more global. Eight of its top ten sales were from emerging markets such as Brazil and China.

Check the teaser video below for the Malibu.