The transfers are now happening thick and fast in the Premier League and it is proving to be very exciting stuff indeed for those planning to play FIFA 17 Ultimate Team in September.

Hours after Sadio Mane to Liverpool was confirmed, we now have confirmation that Chelsea FC have signed highly rated Belgian striker Michu Batshuayi from Marseille.

It also means that thanks to his positive last season, EA are now highly likely to upgrade his base stats for FIFA 17 so now we want to talk about the potential Batshuayi FIFA 17 rating for Ultimate Team. 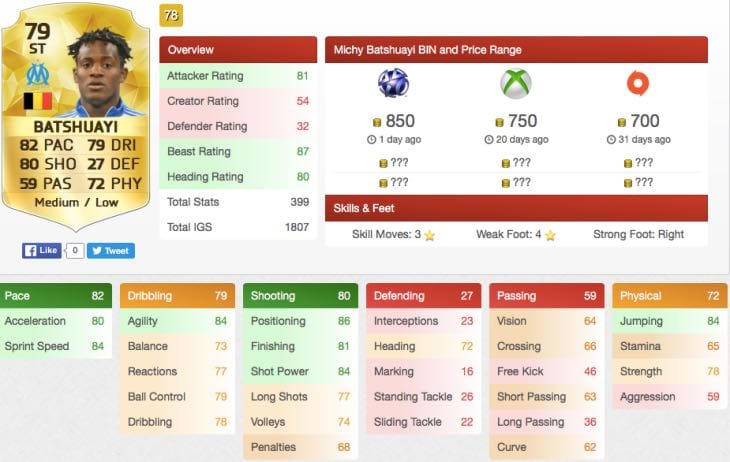 In FIFA 16, the player shipped with a 78 rating but was upgraded to 79 shortly afterwards. We are predicting that this will go up to 80 for FIFA 17, making him a very attractive cheap striker to buy if you are planning to build a cheap FIFA 17 BPL team straight away.

We could be looking at the new Lukaku based on those stats above, so you can look forward to some very exciting chemistry links once his FIFA 17 card is confirmed.

Are you happy about this transfer? Leave a comment below on what you think his rating should be in FIFA 17. Which area of stats would you personally like to see upgraded?