Watching movies online has always been frowned upon within Hollywood, and for good reason because watching a movie online without paying for it spoils the movie industry for everyone. While we do not condone this behavior, we do think that many people in the movie industry are a bunch of hypocrites because they enjoy being given stuff for free, while you and I work hard and save up in order to buy it — see it works both ways.

Video piracy has always been a huge problem for Hollywood, and an app released earlier this year called Cartoon HD that took this illegal issue to a completely new level. Having said that, some of you out there believe this to be a bit of a grey area because you don’t actually download the movie and you do not own it, instead you just stream it.

Something must have been bad because the Cartoon HD app has been taken down, and while there had been a fix, this no longer works. Don’t fear though because there is a new Cartoon HD app alternative, which proves that such apps can rise from the fire and be reborn, just like a Phoenix. 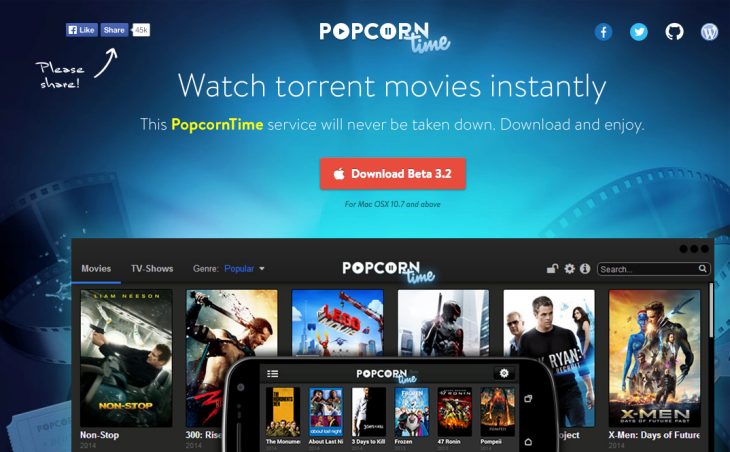 We already said that Popcorn Time was asking for trouble, but this has not stopped people from using it. No doubt there will be skeptics out there who believe that Popcorn Time will be taken down just like Cartoon HD, but this version is a little different, as there is an open code for everyone, so the moment one service gets taken down, another pops up in its place making Cartoon HD app alternatives relentless.

Popcorn Time for Android is available on time4popcorn, but not on iTunes, and so you will have to download Popcorn beta 3.2 in order to watch it on your Mac, although you will still be able to stream it to your Apple TV thanks to AirPlay.