iRobot is to release a new automated home cleaning device on April 1st, and will be their most affordable model yet. The company has always concentrated on more high-end models, and so it’s good to see a model that has just two rooms in mind, and those are the kitchen and bathroom.

The new Bravaa Jet price will be $199 once released and is the smallest of the iRobot models, although this does allow it to get into those hard to reach areas in those rooms. To give you an idea of what this model is, just think of it as the Bravaa floor mopping robot, albeit a much smaller version.

We have a feeling that the company could be onto a winner with the Bravaa Jet, as we know consumers have had an issue in the past with the price of these small gadgets – but $199 could finally be that magic figure to boost sales.

It’s simple to use, as you only need to place a small amount of water in the reservoir, put a cleaning pad on and then allow it to do its thing. 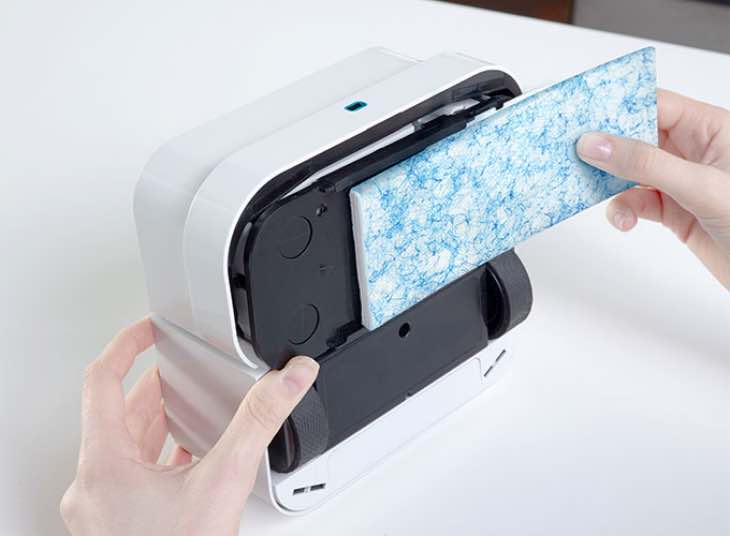 Cleaning time depends on the pad you use, so a wet mop can do 150 square feet in an hour and the sweeping pad up to 200 square feet.

If all works as it should, then the Bravaa Jet sprays a small amount of water at a time and then moves back and forth to make certain the area has been fully cleaned.

More details on this model can be found on the iRobot website, although we do have an overview video showing the Bravaa Jet in action below.