BlackBerry’s new 2015 tablet is finally official at last. After missing out on MWC 2015, the company has just announced the BlackBerry SecuTablt – a new slate that is actually a Samsung Galaxy Tab S 10.5 in disguise.

Rather than go their own route which they did with the PlayBook, BlackBerry has this time decided to enlist the help of tablet giants Samsung.

The result is the SecuTablet, which is being marketed as the tablet that is perfect for those that require the highest level of security when protecting data and other sensitive information.

BlackBerry states that they will be targeting large enterprise and government clients, with the promise that information will be completely encrypted and safe to store classified information on. 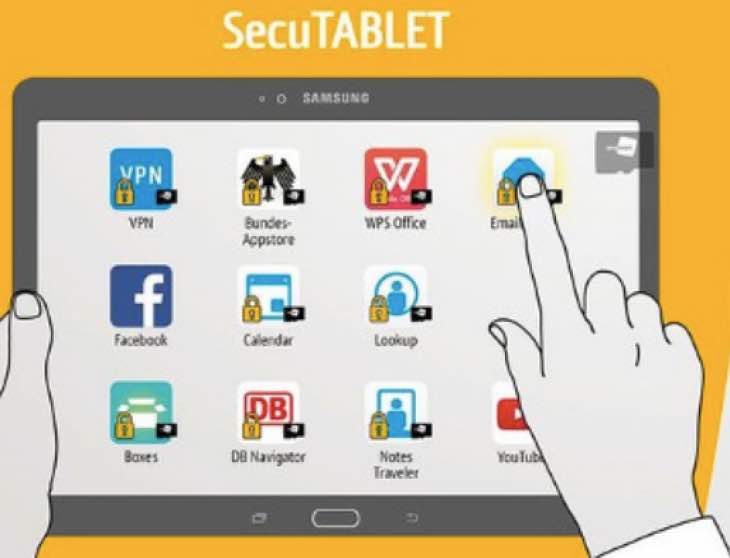 To ensure that the tablet’s security features are of the highest order, BlackBerry will be working closely with IBM on that aspect. In terms of BlackBerry Secutablet specs, we’re presuming they will largely fall in line with that of the existing Galaxy Tab 10.5.

To give you an idea of the kind of market BlackBerry is targeting, the starting BlackBerry SecuTablet price is thought to be $2,360 USD. That will obviously be too expensive for the average consumer, but those who need top security no matter what the cost may be tempted.

Reaction to BlackBerry’s new venture in the tablet space after the PlayBook? – It launches Summer 2015.