We have yet more pictures of the elusive, still unannounced BlackBerry Slider device to show you now, along with speculation that the phone is in fact not the BlackBerry Storm3, but possibly the new addition to the Bold family.

As reported from BGR, the pictures are once again from BBLeaks and give us a look at how the Slider device compares side by side against a BlackBerry Curve 8900.

As you can see from the pictures, the BlackBerry Slider is considerably thicker than the 8900, while speculation has started that the design of the phone is a lot similar to that seen in the Bold 9700.

Take a look at the new pics below, then let us know your thoughts on them. Are you interested in this phone or not? 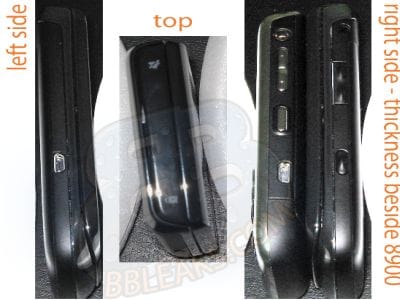