We have some good news for BlackBerry owners now, as it looks like a new beefed up version of the Curve is on the way this year. The handset has just been leaked, and it reveals that the Curve is getting an all-touch makeover.

As reported from Engadget, the leak has come courtesy of CrackBerry, who have provided a lovely image of the proposed handset for your viewing pleasure.

Unlike the current Curve model, this one features no keyboard – which may be an advantage or disadvantage depending on which way you want the next Curve to look like. One thing is for sure though, this new Touch version certainly adds a few notches of style to RIM’s portfolio, although the specs may not do too much for you in the excitement department.

The model which you see below is the CDMA model, but we have a feeling that a GSM version will follow suit as well. The bad news, is that you’re going to have to wait a long time for this model to release – i.e before the end of the year or even the start of 2012 if CrackBerry’s sources are to be believed. 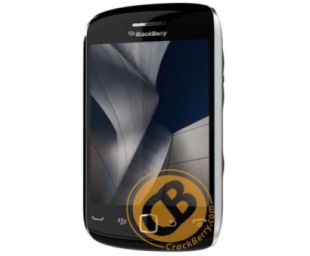 We’ll bring you more details on the phone as we get it. Let us know your thoughts on the new BlackBerry Curve Touch. Do you like the new keyboard-less design or not? The handset is also codenamed ‘Malibu’ in case you’re on the lookout for further leaks. Would you prefer this phone to the BlackBerry Storm 3?