BlackBerry owners and journalists are now focused on Research in Motion, and what their AT&T / BlackBerry press event will unveil today? The new BlackBerry 9800 is an opportunity for RIM to make a statement, for many it’s a crucial time for them to make that impact.

We will be reporting on the AT&T / BlackBerry event via an exclusive live video feed, which starts at 11am EDT and will last for around one hour. You can follow the news as we break it via Facebook, Twitter, and our Feed.

CNET reports that RIM has an 18 percent market share and is still the second smartphone vendor worldwide, even with the competition from Android phones and the iPhone. It seems RIM has done a good job, but then why do most readers feel negative towards BlackBerry devices? 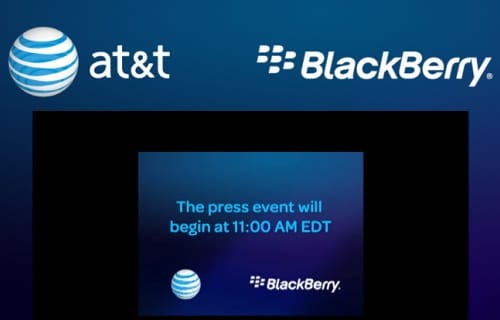 The new Blackberry 9800 will be RIM’s best shot yet, but can they win Android users? We expect the 9800 to reach where the iPhone and Android devices are, but they need to do much more to win over phone users.

Some users feel that sticking with AT&T could be a bad move, and releasing the phone on all networks would be the best move. This makes sense considering the iPhone is currently only with AT&T, other networks could give the Blackberry 9800 an advantage.

What are your expectations, and what would it take for RIM to win over Android and iPhone users?