Try not to get overly excited about the release of the new Barnes & Noble tablet, as it is basically a Galaxy Tab A that has been re-branded, along with different software. With that in mind, the actual hardware is almost 6 months old, seeing as though Samsung released it back in March.

As for the Galaxy Tab A NOOK 7 specs, these are the same as the Tab A, and so you get the very same 7-inch TFT display, 1.3GHz Exynos 3475 processor, 1.5GB of RAM and 8GB of internal storage. 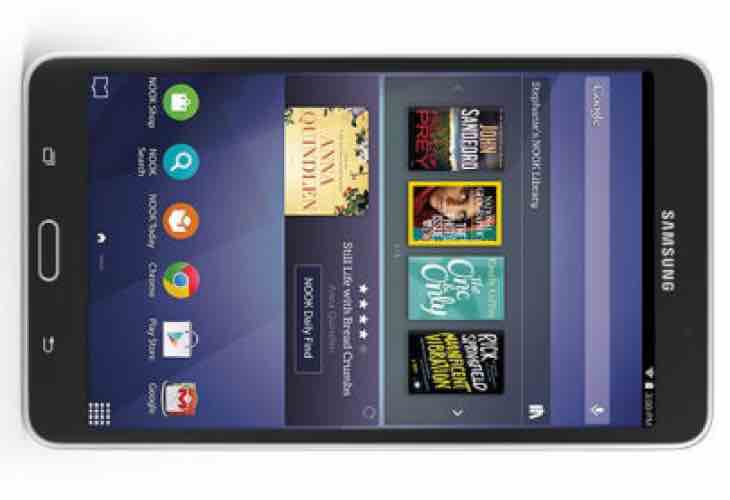 However, what sets this version apart is its bundled software, such as the digital store, Barnes & Noble Readouts, as well as newsstand.

Barnes & Noble has sticked to the same formula as the alaxy Tab S2 NOOK 8 and E NOOK 9.6, and that is the lack of interest with power and performance, as they feel their customers do not wish to have a tablet powerful enough to play demanding games.

As for price, it costs $139, although if you already own one of their products and show proof, then you will only pay $99. So there you have it, a cheap tablet not worried about performance that targets a niche market.