It looks as though we could be about to see the launch of a new Bajaj Pulsar RS200 variant release. However, the expanded portfolio looks set to only be new color variants and so no performance upgrades. We should not moan because we are sure these new colors will go down well with those of you looking for a new bike in India for 2015.

There are currently only two color options, and those are red and yellow. However, we can already see by a leaked image that a new black and golden Bajaj Pulsar RS200 body option will be coming, although we have to wonder if any more will follow? 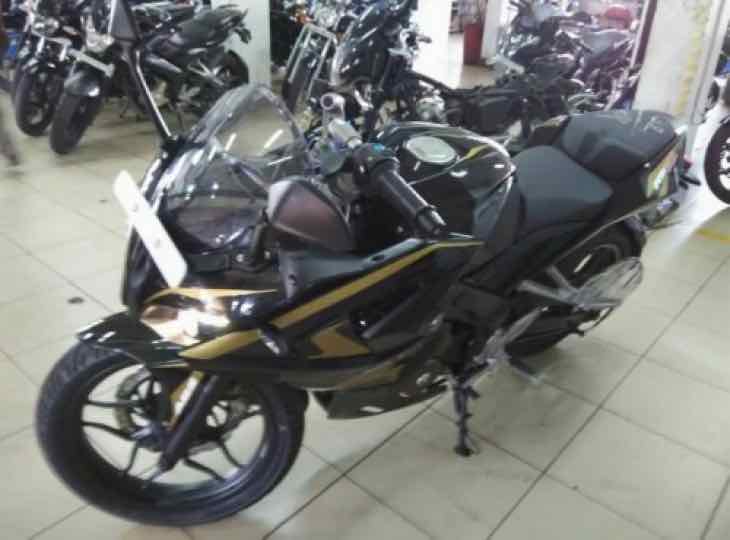 CarTrade suggests that this new color will also come in the ABS and non-ABS variants, and should be launched very soon. We have no specific date, although it has to be any day now.

Even though the new Bajaj Pulsar RS 200 is not getting a performance upgrade, its 199.5cc single cylinder engine is still a popular one, especially as it produces 24.5 ps of power and 18.6nm of torque, which is mated to a 6-speed transmission.

We highly doubt that the upcoming gold and black Bajaj Pulsar RS 200 will command a higher price. However, if you are looking for a different Bajaj motorcycle in India this year, then there are the new Pulsar models, which are the 150NS, RS400 and CS400.