We first brought you news about the upcoming Battlefield: Bad Company 2 Vietnam expansion pack back in June of this year, after it was announced during the E3 2010 event. We then brought you a gameplay trailer, and now we have news of screenshots that show the new maps.

According to The Red Dragon over at battlestrats.com, a BF-Games.net forum user by the name of Malarkey infiltrated the recent BFBC2 patch, and found hidden maps. The battlestrats.com website has provided screenshots for the VIP Map Pack 7 and the Vietnam Expansion Pack. 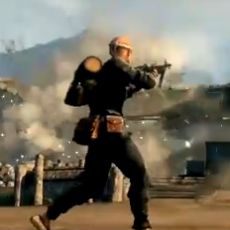 The Vietnam Expansion Pack contains 4 brand new maps, with Khao San Temple and Operation Hastings both making their debut within the recent screenshots. You can also find a video of the Battlefield: Bad Company 2 Vietnam menu and weapons on the battlestrats.com website.

Although there has been no official release date revealed for the Vietnam Expansion Pack or the Map Pack 7, there are numerous rumors to suggest that it could be arriving very soon. In fact, both packs may be released within the next 2 weeks. Are you looking forward to the new packs?