The very first Audi TT was a very capable car, although it had a stigma that it was more for female drivers, and so it was no surprise when the second generation model addressed this issue by making it more aggressive looking with its wider stance.

The new Audi TT has not gone one-step further, but a few, with an array of new features and key design changes to its exterior. Before the new version was unveiled at the 2014 Geneva Motor Show we offered you a sneak peak of what to expect, even if it was very limited on details.

It was very nice to see the 3rd-generation Audi TT finally unveiled last week at Geneva and for those who didn’t catch it, then we have a video of it below. During the unveil we were treated to some of the 2015 Audi TT key features, such as its release date, price, specs and that all-important interior. 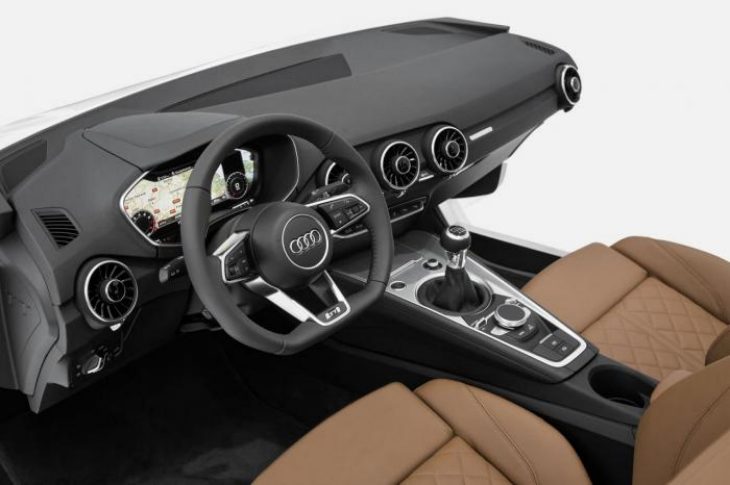 As for the new Audi TT release date, this is expected to be towards the end of the year, although deliveries might not be until early 2015.

While we could go through all of the 2015 Audi TT specs, we thought it would be much simpler for you to a few videos, as this gives you far more insight, along with a very early review of the all-new Audi TT.

One of the biggest design changes with the new Audi TT is to its interior because there are no longer conventional dials; in their place is an integrated infotainment system. We’ve seen so many cars go with this type of cluster before, such as the Corvette C7 Stingray.

Watch the videos below for more insight into the new Audi TT interior and give us your opinion about the change Audi has made to the TT?