Towards the end of last month we saw a graphics card comparison for Battlefield 3 beta that included 18 of the best cards from Nvidia and AMD. These tests were performed in a number of configurations, which led to one brand taking the top spots, and that was Nvidia with the GeForce GTX 580, 480, 570 and dual-GPU 590.

The full results can be seen in this article along with Battlefield 3 beta recommended specs, and an explanation of the test scene for the graphics cards, GPU benchmarks and a detailed picture gallery. These tests were performed following a performance update for the PC version of Battlefield 3 beta, which apparently made a lot of difference. You can also see a preview of the AMD 6990 and GTX 580 running the Battlefield 3 beta in this post.

Following this news AMD has released a new ATi driver, the Catalyst 11.10 preview driver. It’s being reported that the new driver will make a massive difference to Radeon HD 6000 and 5000 graphics cards. AMD did offer warnings with this release, stating that it was a hotfix that is provided to the user “as is”. You can find out more about this new driver here, which also includes a download link. 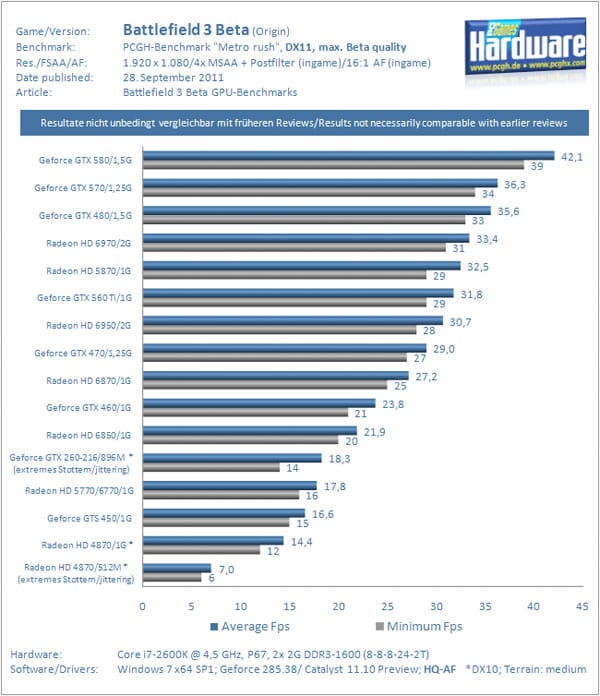 Earlier today we looked at how the Battlefield 3 test is just a “beta”, so it’s expected that things will be improved with each update and before the final product hits shelves, although PS3, Xbox 360 and PC systems have varied happiness with players. 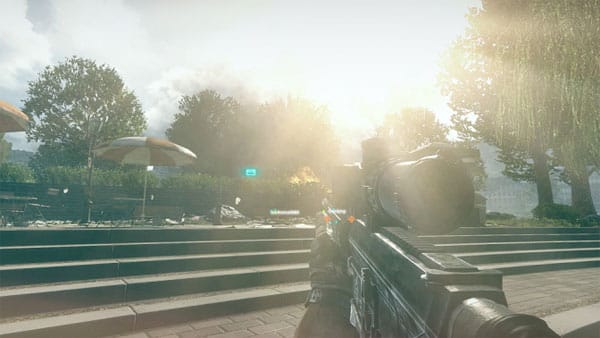 What do you make of these graphics card tests and what card do you prefer in your gaming PC?