British sports car maker Aston Martin have long been held in high regard, and today following a reborn partnership that dates fifty years the company have come up with some new handy work. The new Aston Martin V12 Zagato breaks cover on its way to the Concorso d’Eleganza at Villa d’Este in Italy.

Rory Reid from Cnet is reporting that the company has reignited its partnership with the Zagato design house with the creation of the new car. The front grill reminds you of the classic DB4 GT which inspired the creation of the Zagato. While at the rear has the same masculine feel of the Vanquish, and the tail light has a similar set up to the Ferrari FF sitting above a big diffuser assembly.

The new Aston Martin is powered by a V12 engine producing 510bhp with 570 of torque, which is the same as you would find with the V12 Vantage. No official performance figures have been revealed yet but expect somewhere in the region of 190mph, and a 0-62mph of around 4.2 seconds. 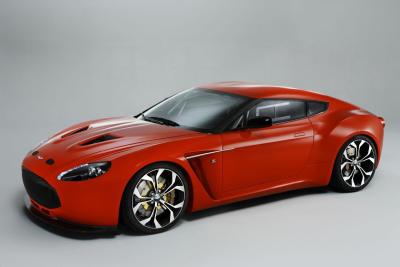 With the huge intake at the front and bubble roof it’s not hard to see the design house influence on the car. The car is to be shown off by the shores of Lake Como before it heads to the NÃ¼rburgring on May 28 to make its racing debut. Then towards the end of June it will be entered into a 24-hour race at the same circuit.