Arsenal fans are currently in a state of anxiety at the moment. FIFA 17 is on the way soon and there has been big rumors about an apparent new Arsenal 2017/17 home kit leak.

Straight away, we have to say that there is no guarantee that the images contained here are 100% genuine.

As far as we’re aware, they have just been circulating on social media with no official source attached to them. 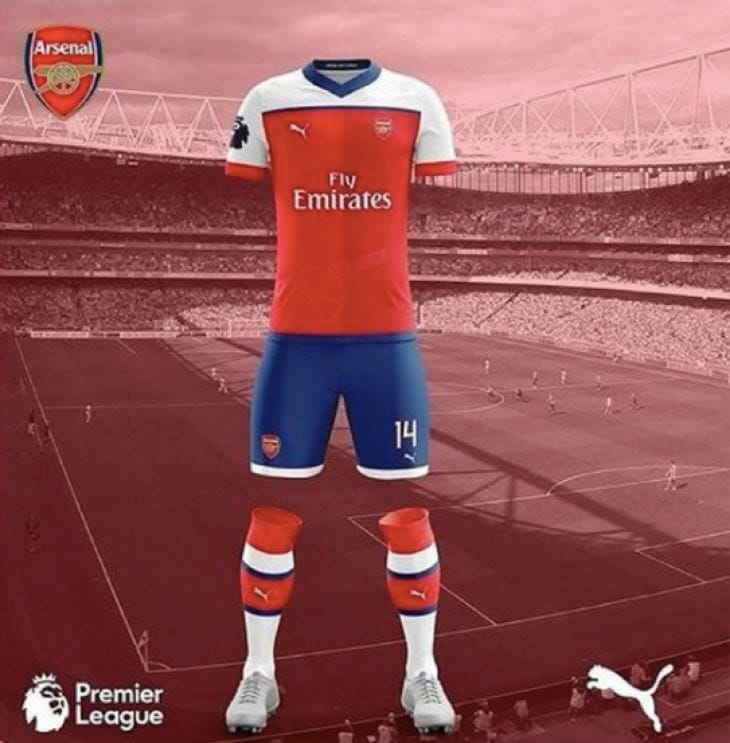 At the same time, given the scale of the leak and the fact that everyone is talking about the new Arsenal 2016-2017 home kit right now, we can’t ignore it.

The images obviously show a significantly different design including the new Premier League logo and so far the reaction on social media has been mixed to say the least.

All official kits will be put into FIFA 17 by EA, so is this an early glance at what we could be seeing in the game for the entire season?

Assuming that this kit is real – what’s your reaction to it as someone who will buy FIFA 17 at launch?