We have some news just in now, as it has just been confirmed that the Chronic Dev-Team has managed to jailbreak the new 2G Apple TV using their GreenPois0n software. They have provided screenshot evidence for you to take a look at.

As reported from RedmondPie, it now means that the new Apple TV hardware will be able to run things like iPhone applications and other cool tweaks, as soon as developers get working on it.

The creators of GreenPois0n have yet to disclose any download links or tutorials, but you can bet that a release ETA is not too far off after this screenshot proof of a jailbroken Apple TV running iOS 4.1.

The hardware has only been on sale a few weeks, so Apple will be no doubt furious over this. Check out the screenshot below and let us know your thoughts on this, particularly if you have already bought a 2G Apple TV box. 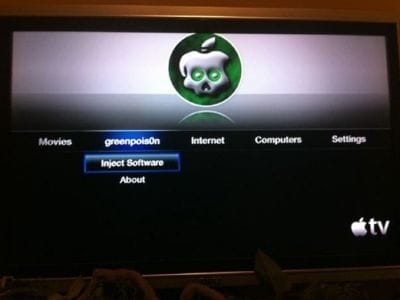