The new MacBook Pro has now gone live today, February 24 and it is clear to see that Apple has made this refresh all about performance. Not only does the new Pro feature the next-generation processors, but also a much more powerful graphics card. However, one of the most important features has to be the new Intel technology called Thunderbolt, which is said to be 20x faster than USB 2.

Looking over all the details on Apple’s Press page we can see that the new 2011 MacBook Pro is said to be twice as fast as the 2010 model. FaceTime HD is also another feature that will help the new version stand out against not only older MacBook Pros, but also other laptops already on the market.

There are now three new models available, the 13-inch, 15-inch and the powerful 17-inch, all with their own purpose. Prices start at $1,199, but still offer amazing value and performance. The 13-inch model comes with a choice of Core i5 and Core i7 Intel processors up to 2.7GHz, which will come at a premium. 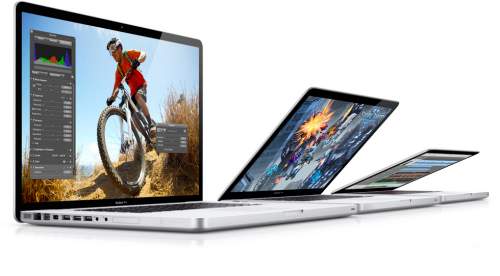 The new Thunderbolt technology, which we discussed yesterday, is a breakthrough for a notebook computer like the MacBook Pro, as you now have the chance to expand it in a way that was never possible before. We will talk more about this technology in a later post.

For those who do not have to worry about the price, then you can upgrade your MacBook Pro with up to 512GB SSD, 8GB of DDR3 RAM and so much more.

Do you think these updates make it worth buying the new 2011 MacBook Pro?