Earlier on today we brought our readers news about the second beta for Apple’s iOS 4.3 (which was just released yesterday), and a few of the notable changes that they should be aware of. Now it appears that a little more information has surfaced, regarding one of its new features.

According to a recent article by Mark Gurman over at 9to5mac.com, a new folder titled “Media Stream” was found deep within the iOS 4.3 file system recently. There was also some other information found within the “Media Stream” folder, about “Photo Streaming.” 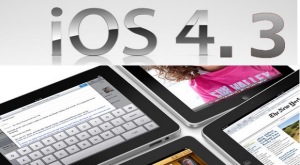 This appears to point to the possibility of Apple allowing its iPhone users to set up “Photo Stream,” which their friends can then subscribe to. The “Photo Stream” feature will allow you to invite others to view your pictures, as your taking them and uploading them onto the service.

As noted over on the electronista.com website, there’s also speculation that the “Photo Stream” service could well be connected to Apple’s cloud endeavor, as well as “Find My Friends.” Could these be features coming up in Apple’s iOS 5.0 like Mark Gurman suggests.