There has been much speculation regarding WWDC 2011 and what we are likely to see from the annual event tomorrow. However, we seem to have forgotten a couple of devices, the new Apple Airport Express and Time Capsule with iOS. All the signs are there that they will receive an update, as stocks are now running a little low.

One rumor suggest that the Time Capsule will download and then cache software updates for those with an iPhone and a Mac, which we mentioned earlier today. This means that as long as you are within range of your Time Machine you will be able to keep your iOS or Mac device fully up-to-date. However, there are other features that interest GIGAOM even more, and that is the possibility of iCloud media streaming.

This does make sense, especially as we expect to see Apple move into Cloud in a big way. Well they need to do something special to not only compete but also become the best Cloud service on the market. Then there is AirPort Extreme, which is also in need of an update or two. 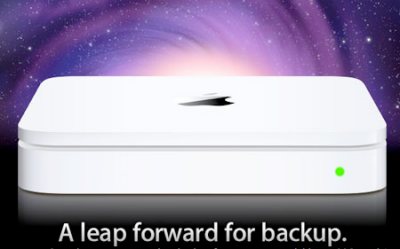 One service that should make it to the update is AirPlay and AirPrint, along with the option of an optical audio out to connect to the router. There is no reason why Apple could not do this; it is just a question if the user demands it. Not sure how HP would feel, as this means any Wireless printer will then have AirPrint support?

Do you think that we are too interested in iOS 5 and Cloud and have missed out on some of the lesser-used Apple products, such as Airport Express and the Time Capsule?