Firstly we’d like to inform you that the new AMD Opteron processors consist of the 3300 and 4300 Series, which are entry-level and mid-range CPUs, and where they differ from the previous generation is not only are they more energy efficient but also offers an increased performance as well. AMD say that these characteristics make them perfect for not only web hosts but Cloud providers also.

To truly understand how much better these new processors are and to also see how they fair against each other then you can view these benchmark tests, which not only looks at the power bands but also Workload/Applications as well. You’ll see that there are three models in the 3300 series; these are the AMD Opteron 3380, 3350 HE and the 3320 E, with speeds of 2.6 GHz, 2.8 GHz and 1.9 GHz respectively.

What’s more important overall performance or a cheaper price bracket? While a number of businesses will grab these new AMD processors with open arms because of a more aggressive pricing and the fact that they use 15 percent less power, we’re certain that they’ll still find it a little hard to compete with Intel’s Xeon range, although considering the current economy we wouldn’t rule AMD out just yet. 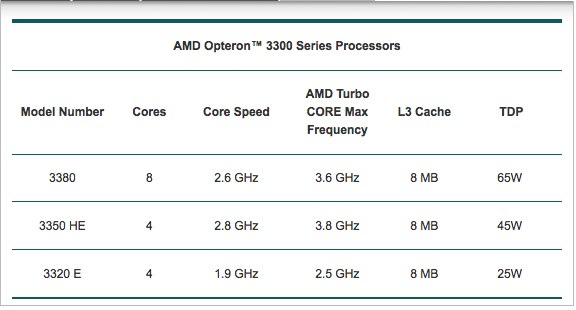 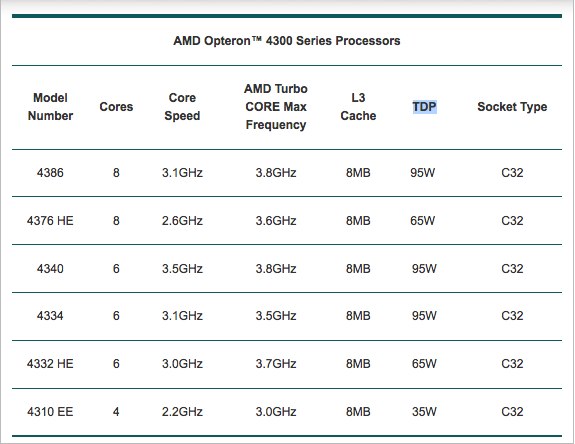