AMD has launched a new range of graphics cards in India, which consist of three models, one of which is the Radeon R9 285 GPU. The other two are the AMD FirePro W8100 and W9100 Workstation Graphics. These cards have been available in other parts of the world, so now it is time for India to get a taste for them.

The new AMD Radeon R9 285 GPU price in India is 19,990 INR, which has been designed to work with the latest games that are graphic intensive so they run 1080p and above as smoothly as possible. 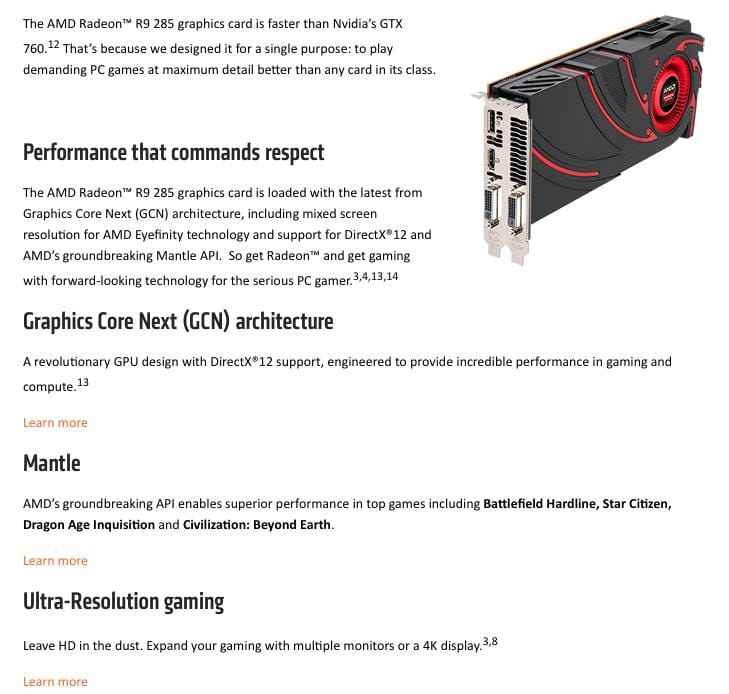 We first saw the R9 285 back in August, so it is finally nice to see this GPU make it to India. It has a clock speed of 918 MHz, along with a frame buffer of 2GB that will run at 5.5 Gbps. One other impressive feature is its computing performance of 3.29 Tera Flops.

The FirePro W8100 is more for professionals designed for 4K CAD, and so comes packing 8GB od GDDR5 memory and offers up to 4.2 TFLOPS of computer performance. As for the W9100, this makes use of 16GB of GDDR5 memory and is designed to run on 4K workstations.

We are told that AMD is set to launch more products in India soon, although they have yet to hint what these will be.