From what we know, the second generation Surface Book and the Surface Pro 5 may not be released until 2017. However, that is not to say there will not be a new Surface device released this year – although we are not talking about the handset.

The Surface Phone may not also be launched until next year, as Microsoft have already said that most of their effort is going in to the Windows 10 Anniversary Edition, and seeing as though a Surface smartphone would need an updated version of Windows 10 Mobile, 2017 does seem all the more likely.

So what makes us assume there is to be another Surface device, and what is it likely to be? Microsoft has a wall at their building 88 store with their hardware on it, although an Indian app developer spotted an empty space that had a placeholder for 2016, which just read “coming soon.” 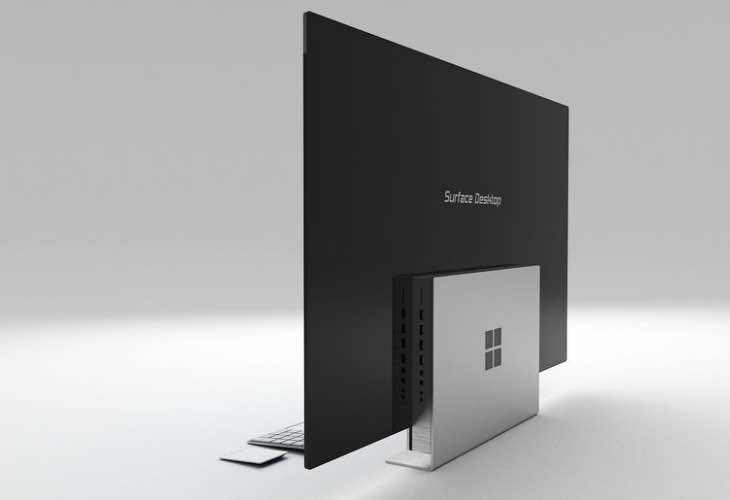 Going on several rumors there is really only one device that it could be, and that is a new all-in-one Surface PC. Rumors of a Surface AIO are not new, although they have been getting more frequent, and to some of you it would make sense to see Microsoft enter this market to take in the iMac.

So how likely are we to see an Surface desktop PC Vs 2016 iMac for later this year, and if so how would the former compare to the sleek, and very powerful latter device?

The Verge have been in contact with sources that know all about Microsoft’s Surface plans, and have confirmed that the company have been playing with many different PC form factors to use the Surface brand.