Images were leaked of this upcoming model recently, and we can see they were on the money, and speaking of money, we just do not understand why Alfa has left us in the dark and kept us wondering just how much this new model will cost. 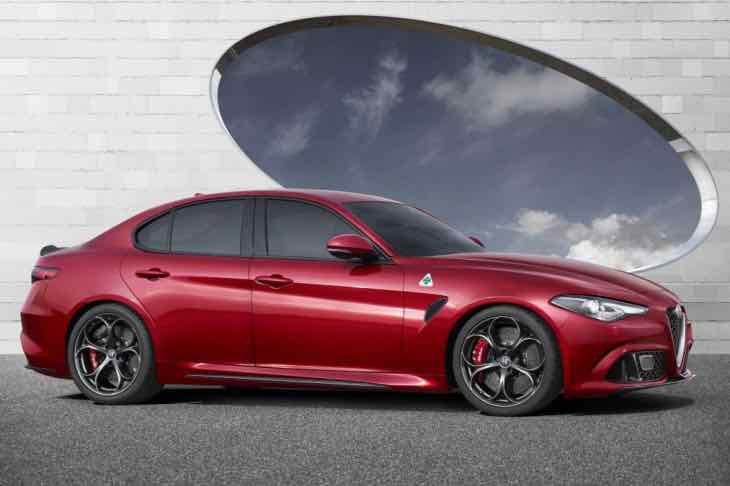 As for the new Giulia Quadrifoglio Verde release date, some people have been saying we will not see it until 2017, but we already know it will be in the spring next year some time, and to go up against the BMW 3 Series, Audi A4, Mercedes C-Class and the Jaguar XE. It would have been nice to have a more specific date, but at least we can say it will be between from March to June 2016.

Speaking of some of those technical specs, there will be several engine options, although only one has been confirmed so far, and what an engine. There is to be a 3.0-litre twin-turbocharged V6 producing 503 horsepower and has been developed by Ferrari, so you know it will be very sweet and will have no turbo lag. The car will be able to go from a standstill to 62 miles per hour in just 3.9 seconds, and don’t worry about controlling all that power around the twisty stuff, as it has a perfect 50/50 front/rear weight distribution.

As for some of the other features, the Giulia will also come with torque vectoring and an active splitter to help better manage downforce, and Autocar has also learned that there is to be an AWD option, along with several other options. Do you think that Afla is finally onto something with this upcoming model, and how much do you think it is going to cost?