We were caught up in zombies fever yesterday that we forgot to mention that a massive new Advanced Warfare update on Xbox One and Xbox 360 had also gone live.

As well as the brand new maps that Sledgehammer has offered, the developer also took the opportunity to address many existing bugs in the game.

On top of that, there are several new weapon balance changes in this update which you need to be aware of. If you are playing the Xbox One or Xbox 360 version of the game, you should have already installed the latest update. 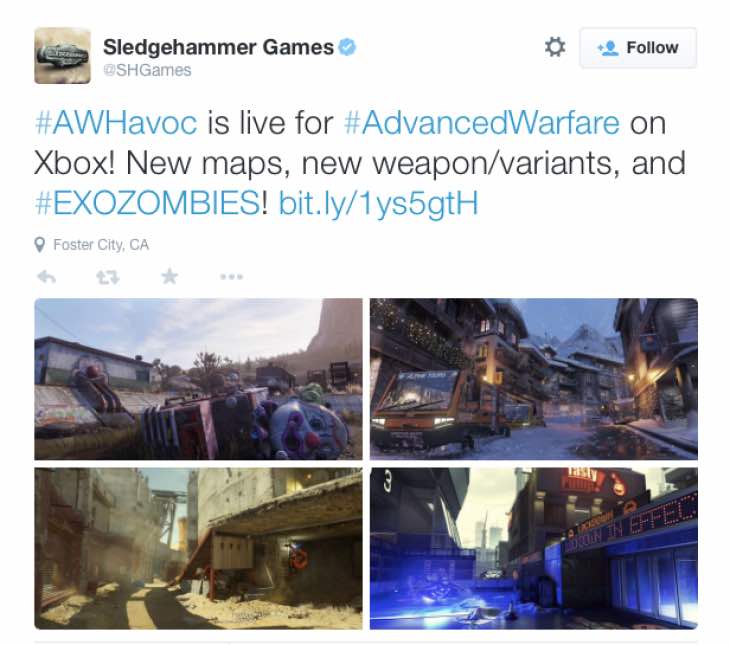 Sledgehammer has now posted the full Advanced Warfare title update notes on their forums, with some specific changes to the Xbox 360 version as they differ between platforms.

For those asking about a Advanced Warfare update for PS4, PS3 and PC platforms, Sledgehammer has confirmed that the update is ready to roll out once it has been approved by first parties.

Major changes include balance updates to the HBRa3, AE4, EPM3 and Tac-19 weapons. Sledgehammer has also fixed the supply drops not opening bug in Advanced Warfare, while there’s also one notable exploit fix that involved rapidly firing a bolt action gun while sprinting.

Make sure you check out everything at the official forums as there’s a lot to take in. The Xbox One notes are here, while Xbox 360 players can read through the latest patch notes here.

What is your gameplay experience like now after installing – are you happy with the weapon balance changes or not?