The 2016 Mini Countryman has been spotted out being tested several times now, and another new spy shot has appeared. This latest sighting does coincide with some new details that have come to light as well, which is just fantastic.

Looking over some of the latest 2016 Mini Countryman details that have been divulged, its chassis will be based on that of the UKL1 architecture, the very same as the Clubman, and so offers a massive step in terms of refinement.

BMW went with this chassis because it can also accommodate a varied range of powertrains, and with the upcoming Countryman set to be larger than the outgoing model, the driver and passengers will also benefit from increased cabin space. 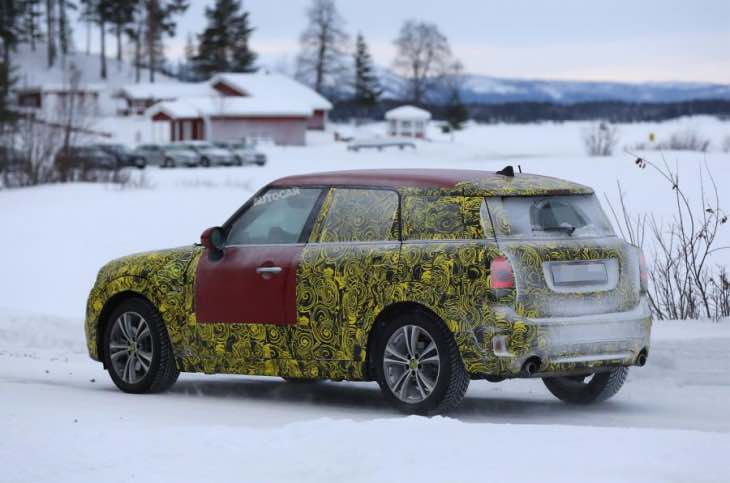 To give you an idea of just how large the new Mini Countryman will be compared to the outgoing model, it will be about 150mm longer to 4.25 meters, and 80mm wider and a wheelbase that will be 100mm longer. As for boot space, this is said to be larger than the current 450 liters. That is not all, as the new model should be 150mm taller.

As for the engines, there will be a choice of three and four cylinder options, with either six-speed manual, or an eight-speed automatic transmission, There is to also be a plug-in hybrid options further down the line.

Autocar has a lot more details on this upcoming Mini, although we will say that they expect the price to start from £22,500.