We already know that there are several new Bajaj bikes coming in 2016, two of which will be new Pulsar 200NS models. Many fans of this model were upset when the Indian motorcycle maker stopped making these a while ago, so we are sure there will be some very happy faces to know that there will soon be new ones going into production – if not started already.

Two new Bajaj Pulsar 200NS bikes have been spotted during testing and feature ABS for improved safety – something that we have been seeing a lot recent with Indian bikes, which should help reduce risk of accidents. 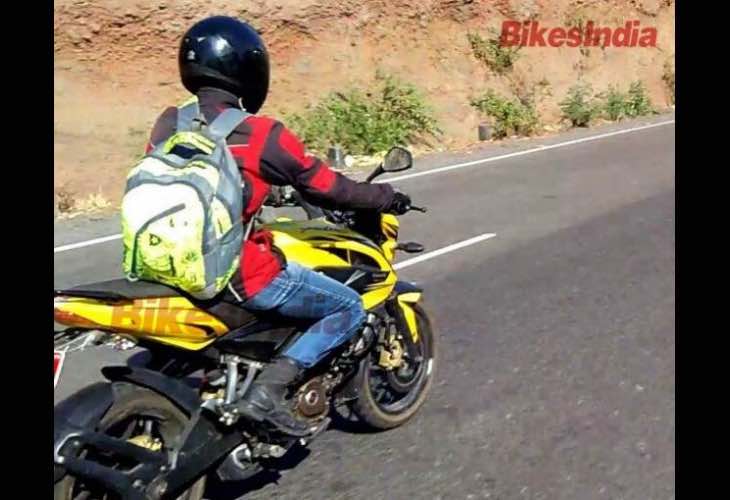 It’s excited to know that we could soon see the launch of the new 2016 Bajaj Pulsar 200NS bikes in a few months, as BikesIndia believes that the launch date should be coming soon, with the motorbikes due to go on sale in the second half of this year – although this is based on expectations and not fact.

As for the 2016 Pulsar 200NS specs, there had been suggestions that these would be fuel-injected, but with fuel petcocks being spotted on both test bikes, this shows that this will not be the case and that both will more than likely come with carburetors – which we know is very old, although more reliable technology.

You will notice in the images of the two Pulsar 200NS bikes have different color schemes, but apart from that we are not certain if these are two different variants or not. However, we do know, or presume, that there will be no engine changes, and so just a few tweets here and there, as the biggest features will be the Anti-Lock Braking System.