There’s a new Hearthstone expansion on the way in 2015 for this popular iPhone and Android strategy game. The hint came after this games official Facebook page changed its cover, which clearly hints towards Hearthstone expanding decks to include Pirate Vs Murlocs.

If you haven’t seen it already, the new Hearthstone Facebook cover is seen below and doesn’t confirm any new cards officially. The debate really kicked off over the past 24 hours within blog comments and on social networks, which include opinions for the next expansion ranging from Murlocs vs trolls, Ninjas vs Pirates, and even comments stating “Face hunters vs Mech Mages”.

While we all have an opinion on what this means and these will be debated until the official news arrives, some players will just be happy to see “something pirates”. They don’t care, as long as they can get “more pirates”. Others point out some people aren’t noticing these are “just a Murloc costume”. 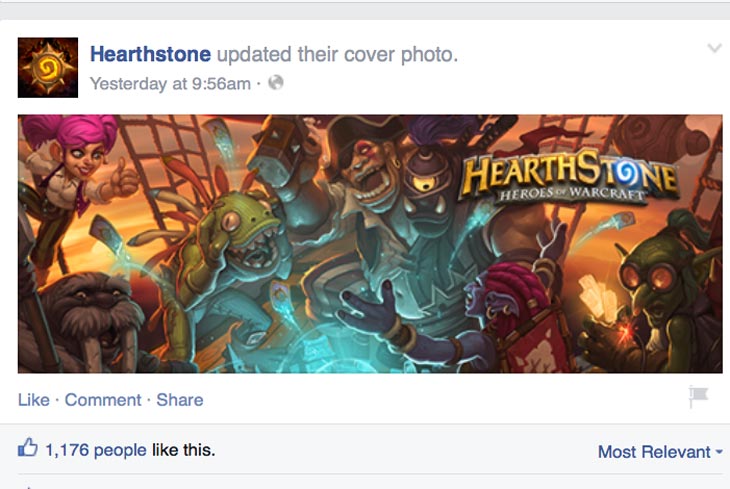 The majority of players agree with the need to “revive pirate and murloc decks”, how about you? What’s your thoughts on the new Hearthstone cover and next expansion in 2015? If you have a wish list that you want to share after seeing the cover, we would love to hear it below.