Today, we got a new 2015 Chrysler 200 commercial for you that promotes the idea of America being a nation of Born Makers. These people innovate, reinvent, and never look back according to the new TV ad.

You can see the short 2015 Chrysler 200 video below this article that highlights the car as, “America’s Import”. Chrysler want viewers to know that this sedan won’t need to cross the ocean to be “worthy of the American road”. 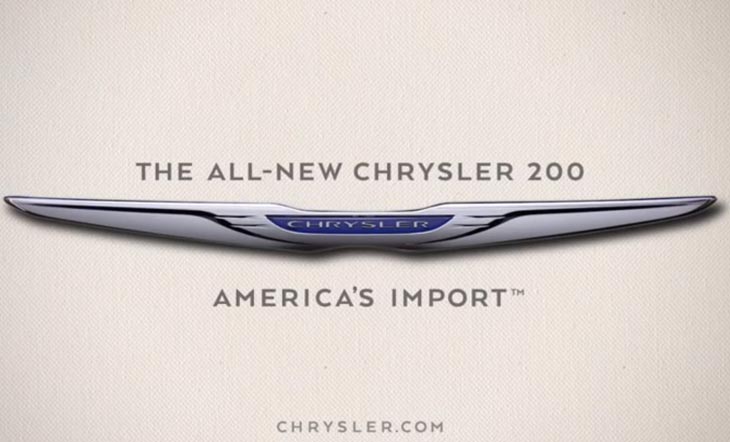 We also looked at how the 2015 Chrysler 200 sedan is promoting new jobs back in March, thanks to the Sterling Heights plant in Michigan helping create 800 new workers.

New 2015 Chrysler 200 price – you can expect to pay $21,700 for the new sedan, although that will be its starting price and without taxes. The new Chrysler 200 was first introduced back at the North American International Auto Show.

Take a look at the new 2015 Chrysler 200 commercial below that’s a 30-second TV spot already live since midnight. During the video you will get a glimpse of specs, and see the car in different states of assembly.