Apple has quietly updated the 12 inch Retina MacBook, and while this new version for 2016 does come with the Skylake processor from Intel offering more performance, there is one major issue and that is the lack of Thunderbolt 3 support.

There had been rumors that the 2016 MacBook refresh would come with Thunderbolt 3 support, but Apple seems to have kept the same single USB-C port design. Not only that, but the edge-to-edge keyboard and thin chassis have also stayed the same – which may disappoint some people. Having said that, this does not come as much surprise seeing as though Apple has kept the MacBook Air the same in terms of its design for several years now.

The 2016 12 inch Retina MacBook update specs starts off with the sixth-generation Intel Core M Skylake processors with speeds from 1.1 GHz to 1.2 GHz. You also get up to 25 percent faster integrated graphics, and also improved battery life. 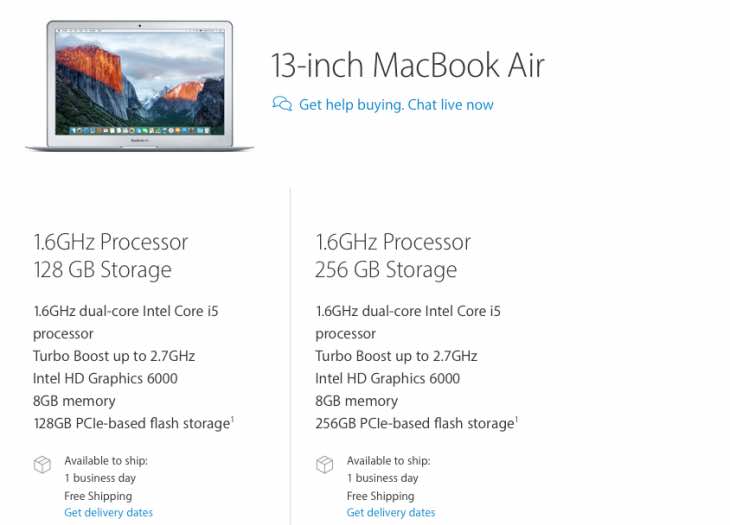 All other specs remain the same, as does pricing, full details of which can be found on the Apple Store for your region. It is worth noting that the only other Mac to make use of the Skylake processor is the 27-inch 5K iMac.

As for those of you hoping to wait to upgrade to the MacBook Air with Skylake, this will not happen because the 13-inch model has now been updated, but only to give you 8GB of RAM as standard rather than 4GB.

This is rather annoying seeing as though we recently bought a new MacBook Air and also paid to upgrade the RAM, but this is always the chance you take with Apple, or any other computer maker for that matter.