For those that are intrigued about the new cover piece chests inside Marvel Future Fight following on from the big update this week, we have some useful information before you decide to open.

In actual fact, this is a heads-up for you that you probably should never open a Marvel Future Fight cover piece chest while you play the game – ever.

This is due to the fact that the odds appear terrible. Paying 450 crystals for a box of 10 can produce multiple dupes and we’ve just seen evidence of one unfortunate player seeing the brutal reality of this.

Watch the video that we have provided below and you’ll see thousands of crystals being poured into this new feature – with next to no reward for his efforts. 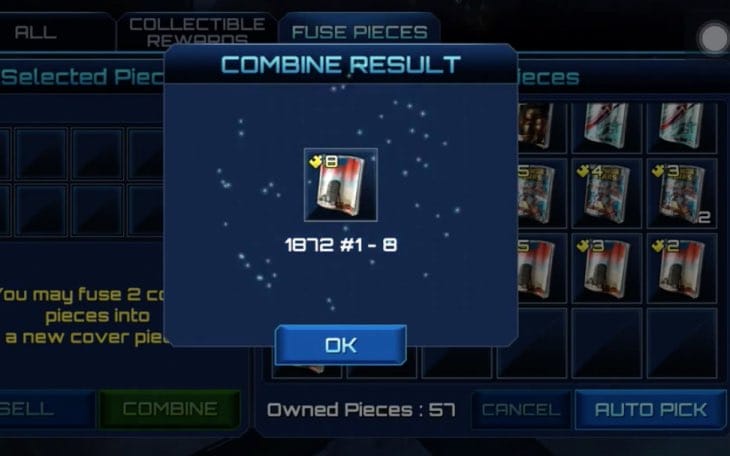 Let us remind you that thousands of crystals is a lot of money in the real world and out of all the chests he opened – he didn’t complete a single collection and only obtained a mere few premium cover pieces, which you need for the exclusive Captain Marvel suit.

It honestly is very painful to watch, considering that he is dropping real money on the likelihood of only getting 10 biometrics for a character in return at the end of it.

The highlight of video has to be at the 8 minute mark. Watch and you’ll see the user waste 450 crystals for 10 boxes that contain 10 dupe covers – amazing. 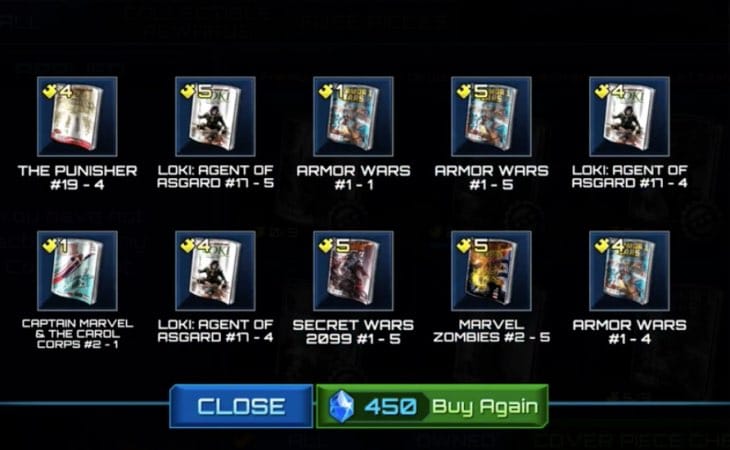 There is no real incentive to ever buy these chests since you can get pieces from dimension rifts if you are lucky enough. The fuse system seems even worse too – you’ll get a good example of how he keeps fusing two pieces together only to get dupes back leaving him in the same position.

This video should be a direct indication that Netmarble really needs to adjust the odds, as if everyone sees the reality of this shady feature – it may not bode well for the future of the game.

Have you experienced poor odds when opening the new cover piece chests in the game? Check out the must-watch video below and give us your own personal thoughts on this.

Update: To give you even more statistical analysis into why you should never open these chests, read through this insightful article over at Reddit. It looks like Netmarble has deliberately set up the cover system so that it is near impossible to obtain those premium pieces without spending real money.