No matter how good a wireless router you may have, you can still get areas of the house where the signal level is not as good as you might want. Some people may even have parts of the house where a signal cannot be picked up at all. But help is at hand after Netgear release universal Wi-Fi extender, and should lead to no more dead spots.

An article on Geeky Gadgets by Julian Horsey is reporting that the Netgear Wi-Fi Range Extender WN3000RP is available for purchase now. The unit simply plugs into an electrical socket and will then mean the end of poor signal areas in the house.

The extender supports 802.11b/g/n, and also is compatible with the most common Wi-Fi security platforms which include WPA, WPA2, and WEP. To make the installation of the extender even easier, Netgear have provided LED indicators which help to find the device’s best position. 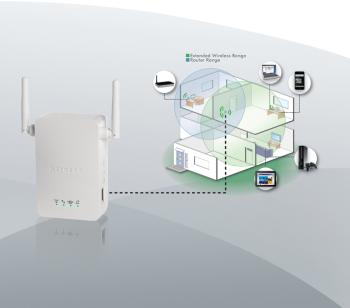 The company does suggest though that it is placed half way between the dead area and the wireless router. The WN3000RP costs a reasonable $90/£70. In the UK the device will be available later this month.

Do you have any dead spots in your house?