The Netgear Arlo Pro is very similar to its model with the same name, although the Pro version does come with a few additional improvements. The biggest change has to be with its rechargeable battery, because while the standard batteries of the non-pro model has to be swapped out every few months, these reachable ones do not have to be taken out and changed for at least 6 months at a time. 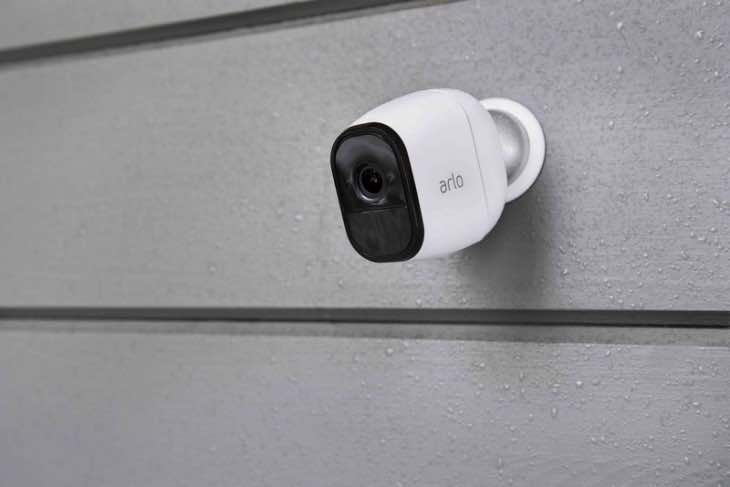 There is also a microphone and speaker on the Pro model, which means the camera will now pick up noises while recording, and it will also double as an intercom – so yet another layer of security.

However, before you get too excited, there is one thing that we feel we should point out to you, and that’s the fact a Netgear Arlo Pro software update is required to get a missing feature.

The problem with that is the update is not yet ready for download, and will be coming later this year. That feature is the ability for the camera to identify different objects and so will be able to ignore things like cars or people that just walk past your home.

We have to see, it is a bit of a tease announcing this feature, but not able to offer it at this time. However, you would have gathered by now that the new Pro model also comes with motion detection.

In terms of Netgear Arlo Pro price, it’s $249.99 and comes with hub and siren – yes it now comes with a siren.