Bloomberg have an interesting article commenting on the rise of the internet streaming service Netflix, as it is set for the first time to surpass HBO regarding their subscriptions video service. The growth of the internet sensation Netflix has challenged the status quo of the television industry and has tapped into a growing demand of people who wish to have more flexibility to their television viewing at an affordable price, which is making it increasingly difficult for companies such as HBO to compete with the service provided by Netflix.

Netflix has recently revealed the health of their business for the third-quarter of the year and it looks like for the first time they have reached 30million paid subscriptions in the U.S. which has surpassed the HBO’s premium cable-TV network who are purported to have 28.7million paying subscribers. This probably points to a trend in the market where the $8 subscription fee will be more popular with the U.S. consumer in this changing world.

Even though this seems initially bad for HBO as a business, this is no way near as detrimental to their business model at this precise moment in time. The real concern with HBO’s sustainability as a service will be deeply impacted when Netflix enters into the market as a part of integrated traditional programming. Netflix are set to air Television programming exclusively created for their consumers, with rumours that Sony Pictures are set to create an exclusive for Netflix Psychological Thriller. Thus, Netflix will therefore enter into the market as a direct competition to HBO. If HBO does not evolve and adapt, it will become increasingly difficult to convince the consumer to purchase their service. 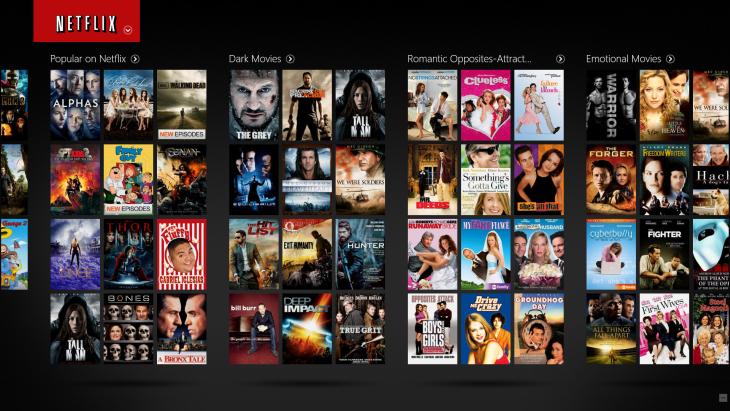 Netflix are also interested in expanding their service into more homes around the world and not just focusing entirely on the U.S. market. Netflix are already said to have 37.6 million viewers worldwide and they plan on reaching a more global audience with targets set between 60 to 90million viewers over time. The ubiquity of Netflix as a service being able to function upon multiple electronic devices places them at a decided advantage in the market and therefore points towards increased growth as is evidenced by growing share prices.

Are you a Netflix subscriber? How do you feel about the rise of Netflix in comparison to the more traditional cable subscription service of HBO? Do you think that HBO has failed to adapt?