Netflix has been available for owners of the iPhone and iPad for over a year now, and Windows Phone 7 users have also had the service for a few months. Today we can tell you that Netflix is now available for some Android handsets.

Mark Raby from TG Daily is reporting an official application has just been released for Android, but unfortunately it is only available for six devices. None of these are tablets just cell phones. The devices which can now use the new app are the HTC Incredible, Nexus One, Evo 4G, and G2, Samsung Nexus S and Nexus 4G.

According to Netflix only these two manufacturers have devices that “have the requisite playback support.” All of these devices are luckily on all four of the major networks so it is a hardware issue. But it does seem strange that high end handsets such as the Motorola Atrix or the HTC Thunderbolt are not able to use the service. 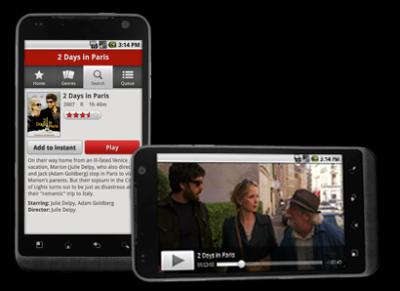 If you are lucky enough to have one of the supported handsets you can get the app now at the Android Market. Users can instantly link their devices to their Netflix account to begin streaming content over 3G, 4G, and Wi-Fi. You also need to have Android 2.2 or higher to use the service. With any luck it won’t be long before other devices get in on the act as well especially tablets.